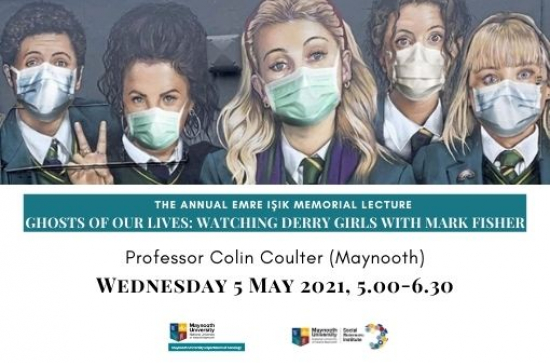 For all the advances made during its celebrated peace process, Northern Ireland clearly remains troubled by its own violent recent history. The spectres haunting the region are apparent in the movies and television programmes that have appeared since the tenth anniversary of the Good Friday Agreement. Contemporary productions for both the big and the small screen reveal that Northern Irish society continues to be haunted both by those who were lost during the Troubles and by that which was lost during the transition to peace. In this public lecture, Professor Colin Coulter uses Mark Fisher’s reading of ‘hauntology’ to suggest that while the spectres of the past are revealed in the dark subject matter of much recent cinema and television concerned with Northern Ireland, they are no more evident than in the seemingly gentle, idiosyncratic humour of the hugely popular Derry Girls.