How are European workplaces being transformed?
What kinds of new social bargains are emerging across the European Union? How are they being institutionalised?
How are new workplace bargains shaped by the broader politics of sectors, regions and national economies?

These questions are crucial to the future of the European ‘social model’. They also raise crucial theoretical issues. The research reformulates the core elements of the ‘Varieties of Capitalism’ framework that has dominated comparative political economy for the past decade (Hall and Soskice, 2001). It improves our understanding of the diverse organisation of capitalism in Europe, of how that diversity is rooted in politically constructed ‘pathways to the future’, and of how capitalism is constructed out of social and institutional capabilities across Europe.  These empirical and theoretical concerns are linked in the research of the ‘New Deals in the New Economy’ project. 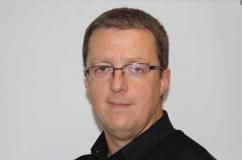 First, moving beyond the binary distinction between ‘liberal market’ and ‘coordinated’ economies, the research uses EU-wide survey data to identify the range of workplace bargains that are emerging, both around effort and reward in the workplace and around the sustainability of working lives and careers. This research uses the European Union Survey of Working Conditions (EUSWC; 1995, 2000, 2005, 2010) to analyse trends in the organisation of pay, the work process, careers and working time across EU countries over a crucial 15 year period.The research builds on this analysis of workplace bargains to identify where they have emerged and spread, and how they have been shaped by social and institutional contexts. Sectoral, regional and national data is linked to the EUSWC data to enable a multi-level analysis of the interaction of regional, national and sectoral factors shaping the prevalence of different working regimes across the EU, and their changing structure over time.

Second, detailed case studies will analyse the processes which connect the workplace bargains and broader contexts identified in the first stages of the research. We will analyse the politics of workplace bargains in three service sectors (ICT, retail, healthcare) in two small open European economies – ‘social democratic’ Denmark and ‘liberal’ Ireland. These case studies will serve as the basis for an expanded analysis of the institutions of industrial policy, human capital formation and industrial relations that constitute capital and labour and govern the relations between them. The research will analyse how different societies generate different collective capabilities that shape the kinds of capitalism they end up with. In keeping with recent calls, this will place capitalism firmly at the heart of political economy once more – but without giving up the analysis of the variety of ways that capitalism is itself constructed across Europe.
We are developing analyses currently of labour share of national income, working time arrangements, control in the workplace, changes in manufacturing work, the varying decentralisations of industrial relations in Denmark and Ireland, and the Irish and Danish Models of political economy. For more information on New Deals in the New Economy please see the website: http://www.maynoothuniversity.ie/newdeals/

This project has received research funding from the European Union's Seventh Framework programme for research, technological development and demonstration under grant agreement no. 283778.