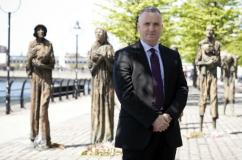 Over the past decade, the mantra of migration for development or ‘diaspora centred development’ has enjoyed a meteoric rise to prominence. A seismic shift in thinking has occurred regarding the impact of emigration on the development of homelands. Once thought of in terms of ‘brain drain’, emigration is now being viewed through the lens of ‘brain gain’, ‘brain incubation’ and/or ‘brain circulation’.  Accordingly, a number of countries are working to scale up their diaspora engagement programs in areas such as economic development strategies, remittances, tourism promotion, volunteerism, circular and return migration, and philanthropy. So called ‘Diaspora Strategies’ are most commonly pursued by poor and middle income countries from the Global South. Examples include Armenia, India, Philippines, Mexico, China, Chile, Argentina, South Africa, Jamaica, El Salvador, Nigeria, South Africa, Tunisia, Ghana, and Morocco. But more affluent countries in the global north with significant diaspora populations are also expressing an interest, including Israel, Scotland, Ireland, as well as more developed nations in the south such as Australia, New Zealand, South Africa, Armenia, China, Poland and Singapore.

PIs based in MUSSI have conducted (often on behalf of at the request of international agencies) and exchanged research on migration and development in a number of countries including: Scotland, Ireland, India, China, Singapore, Latvia, Lithuania, Poland, Singapore, Armenia, and Canada.