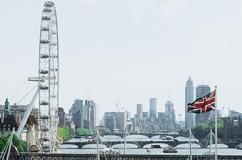 The law says the Remain and Leave camps may have a date at the polls in May, albeit to vote in the European Parliament elections, writes Prof Tobias Lock, Department of Law

Whether or not Theresa May’s Brexit deal is approved by the House of Commons before March 29th, an extension of the Brexit negotiating period is now almost certain. Not only has the Commons voted in favour of such an extension in principle, but there is the additional necessity of getting a package of Brexit legislation through the UK parliament before the UK formally leaves the EU. There simply is not enough time for this to happen before then. If both sides want to avoid a no-deal Brexit, they will therefore need to agree an extension to the negotiating period.

With an extension almost certain to be requested, all eyes are now on Brussels: under what conditions will the EU agree to extend and for how long? While there are plenty of political factors that will feed into the EU’s final position, there is one question that causes particular headaches. If an extension were granted, would the UK have to participate in the European Parliament elections due to be held at the end of May?

Why would the EU want to avoid elections in the UK?

Apart from it being politically awkward for a departing member state to hold European elections, there are three reasons why this is an issue. Firstly, those member states that have been allocated some of the 73 European Parliament seats vacated by the UK – Ireland among them – would not be able to send their additional MEPs to Brussels and Strasbourg until the UK has left.
Second of all, an election in the UK might at least temporarily strengthen Eurosceptic groups in the European Parliament rendering the EU more difficult to govern. At the moment, Conservative MEPs and those elected on a UKIP ticket make up more than half of the UK’s 73 representatives.
And finally, UK MEPs would participate in decision-making processes affecting the EU long after Brexit. Examples include the election of the new Commission president, new legislation and possibly the next seven-year EU budget.

What does the law say?

If the extended negotiating period ends before the European election period of May 23 to 26, there would not be a problem. But if the UK wanted to hold a general election or another referendum to break the current political impasse on Brexit, the extension would need to be longer. Legal experts disagree over whether in this case an election would have to be held.

An extension until the end of June

Two scenarios are currently being discussed. The first is an extension until June 30th because the term of the current European Parliament will not end until July 1st. Technically, current MEPs remain in office until then, even though they will have held their last parliamentary session on April 18th. The argument goes that there would thus be no need for the UK to elect and send new MEPs.
But there are two potential flaws in this argument. First, the negotiating period could be extended further before June 30th if the UK has still not ratified a withdrawal agreement. Article 50 allows for this to happen provided the UK requests it and the 27 remaining member states agree.

Second, the withdrawal agreement must receive the European Parliament’s consent before the EU can ratify it. If that consent is not given at the last session on April 18th (which now seems likely, unless the withdrawal agreement is approved in the next couple of days), the EU may have to wait for the new European Parliament to vote on the deal as a recall of the old Parliament after April 18th might just not be feasible. The question of electing UK MEPs would therefore not be off the table.

The second scenario is a longer extension, well into the term of the new parliament. The UK would thus remain a member state until, say, the end of 2019. In that case, it would seem that an election becomes inevitable.

However, some legal experts argue that this might not be so. They say that the UK could be allowed to designate currently sitting MPs as MEPs for the duration of the extended transition period. No election would thus have to be held. A similar solution was included – though not used – in the treaty on Croatia’s accession to the EU.

But going down the path of not requiring the UK to hold European Parliament elections would be a risky business. For one, the decision not to hold an election could be subjected to legal challenges in the UK. Any UK and EU citizen residing there could invoke their fundamental right to take part in European elections and bring a case before a UK court trying to force the UK to hold elections. And in the absence of treaty change – which is basically what happened in the case of Croatia – they would have a good chance of success.

While it is unclear whether such an argument would be successful, the mere possibility of many such challenges would pose a serious problem for legal certainty in the EU. The UK should therefore prepare itself for EU elections.