The high cost of saving the economy: How the Troika changed Europe's labour laws 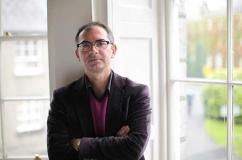 In the year 2008, the world changed. An economic catastrophe to rival the Great Depression of the 1930s swept across the Western World. Smaller economies – notably those of Greece, Romania and Ireland – came close to annihilation.

The “Troika” - a committee involving the European Commission, the European Central Bank and the International Monetary Fund – offered the hope of salvation. But, says Professor Michael Doherty, Head of the Department of Law at Maynooth University, they exacted a heavy price.

“In 2012, there was a lot of commentary, primarily emanating from economists, about the bank bailout and its effects,” says Prof Doherty. “But there has been little said about changes in labour and employment law which occurred, either as a direct result of Troika demands or as an indirect consequence.”

Prof Doherty is now working with different researchers across EU countries, particularly in Romania and Greece, to look at the evolution of EU labour and employment law from 2008.

“For the 20 years that immediately preceded the onset of the crisis in Ireland, labour laws were driven by the social partnership process. Minimum wages and labour inspectorate were both products of social partnership. Even EU directives that had to be implemented, such as rights for part-time workers and for people on fixed-term contracts, as well as a maximum working week, were done through social partnership negotiations.”

Ireland was the only country hit by the crisis which had such a well-developed social partnership model. Then the banking crisis hit. In Greece and Romania, public sector debt was a larger problem, whereas in Ireland, the crisis was driven by a banking problem.

“The causes, the settings, the effects, the recovery – they've all been so different. But what they share in common is that the Troika wanted the same remedy. Their programmes were almost identikit, requiring the same medicine for quite different illnesses. Their main requirement with regard to labour law was to reduce any legal mechanisms providing for wage setting or other employment conditions above the minimum. From the Troika's point of view, they said that there is already a minimum wage, so there is no need for additional sectoral agreements, such as joint labour committees setting higher rates for workers in retail and hotels.”

Any country could resist, but they risked the funds drying up. Each quarter, representatives of the Troika would visit the country and review progress. In Greece, a country marked by heavy regulation, the Troika had an extensive list of requirements. Ireland had developed agreements through the social partnership process, but Prof Doherty says that the legal regulation of the labour market was relatively undeveloped.

“Our labour market is comparatively lightly regulated and we don't have strong laws on collective bargaining, but what we do have is enforced. In Greece, there is a very explicit framework on employment rights which is legally binding and where employers are bound by agreements made above them, but enforcement was weak.”

The Troika wanted a fundamental overhaul. Why? “We would suggest that it was because the Troika wanted to reduce the role of trade unions in setting standards around wages and employment, and where unions did have a legal role, they wanted it 'reviewed'.”

Greece revolted, with a series of protests culminating in the election of Syriza, a coalition of left and radical left activists and politicians. Ireland, however, was markedly calm, with very limited strikes or demonstrations. “Irish unions would say that there was little point in calling for strikes when the crisis hit. In the private sector, it is doubtful if they could have mustered enough support from members to strike, while in the public sector they negotiated deals for public sector workers. There were no compulsory lay-offs here, whereas in Greece thousands of public sector workers have been let go.”

By 2015, much of the labour market laws in Greece had been rolled back. There were cuts in minimum wage rates, cuts for younger workers, and the loss of large aspects of trade union bargaining rates. “Everyone would agree that there so much Greek regulation that some reform was needed, but whether what was needed was the shock therapy that Greece experienced, or something more gradual, is debatable.”

Along with his international colleagues, Prof Doherty is exploring the potential long-term impacts of how the Troika have reshaped labour and employment laws. “Traditionally, unions have had a role in policing labour laws. They have impacted on the scope of unions to bargain. The more that scope is reduced, the less likely that people will be to join unions and the less their monitoring power will be. Our perspective is that the Troika has been quite ideological in what it has sought to achieve. Many economists say that the relentless emphasis on cutting is the wrong way, and that the Troika seems to feel that the less regulation of the labour market, the better. I would argue that we need good regulation, not no regulation, and that in Europe trade unions have always been a part of labour market regulation.”

Prof Doherty says that many of these changes have been socially and politically dangerous. He points to the European elections of 2014, which saw big gains for the far left and the far right. “If you relentlessly insist on downgrading standards, reducing the minimum wage, restricting bargaining rights, bringing in 'flexible' contracts which employ young people in precarious conditions on zero hours, then you will hit particular groups in low-wage sectors, predominantly migrants, young people and women. Traditionally the labour movement across Europe has been a pro-EU actor, but these policies are eroding that support.”

A fightback is happening. “We are starting to see some pay increases, mostly in unionised sectors. In the public sector, we will soon be into bargaining to row back on cuts. These are almost an inevitable reaction to what is perceived as the anti-democratic demands of the EU.”

Tellingly, the Troika has not expressed concerns about senior executive pay levels. “There have been many criticisms made, but we now want to move onto a new phase: what happens next?” says Prof Doherty who, along with colleagues, is now carrying out a research project for the European Commission on how to reconcile tensions in the EU between social and economic rights. “There is concern that the EU is increasingly becoming a market with free movement of goods, but restrictions on people including curbs on social welfare entitlements and where internal EU migrants are being treated differently.”

The best response lies in ensuring level playing standards for employers and employees across the EU. “There should be sectoral mechanisms whereby everyone working in, say, construction, gets the same amount irrespective of their country of origin. In other sectors, however, the minimum wage might be the most appropriate payment. There should be minimum standards as well, so that, for instance, a Latvian construction firm would bid for a job in Dublin on the same terms as an Irish firm. What type of social and economic model develops in the EU, as well as its future and legitimacy, may depend on how labour markets are regulated."