Are you suffering from social jetlag? 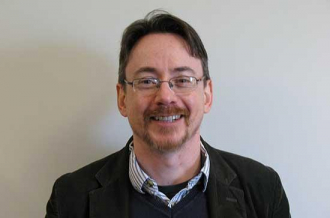 Is your your social schedule messing with your body clock and causing disrupted sleep, daytime sleepiness and fatigue? For World Brain Day, Prof Andrew Coogan and Sudha Raman answers these question

Anyone who has traveled across continents or time zone will be familiar with such symptoms of jetlag as disrupted sleep, daytime sleepiness and fatigue. Jetlag occurs when the internal clocks of the body, wich regulate processes such as eating and sleeping, become out-of-sync with the external time and environment following large changes in external time resulting from rapid transit across a number of time zones.

However, modern air travel is not the only culprit that can cause our internal biological time to become desynchronized from our environment. Our work, study or leisure schedules can produce a similar effect and social jetlag can arise from our social schedules rather than traveling across different time zones.

What is social jetlag?

Biologically, our bodies have internal (circadian) clocks that regulate the timing of daily behaviours such as when we sleep, wake or eat. However, sleep in the modern world is largely determined by social obligations and schedules, often at odds with our internal clocks. If we sleep and wake when our internal clocks are not ready for sleep-wake, our circadian rhythm gets misaligned with our environment. This misalignment is termed social jetlag; the mismatch between an individual’s internal biological processes and the external social time.

A classic sign of misalignment of internal and external clocks is using an alarm clock on workdays and sleeping longer on our free days. Needing an alarm clock on workdays suggests the body is forced to wake up for social obligations when it is not prepared to. Conversely, with less social obligations to fulfill on free days, we are freer to wake up when our internal processes determine when we should be awake.

Individuals with social jetlag may also sleep longer on free days, perhaps to compensate for the sleep debt accumulated during the workdays. But sleeping longer on workdays does not eliminate social jetlag, as it does not remove the fact that the waking time for many of us during the week is earlier than our body clocks dictate it should be. This irregularity of sleep-wake timing between work and free days can be likened to traveling to a different time zone at the start of our workday and only coming back to local time on free days.

Who's at risk of social jetlag?

Social jetlag is often most pronounced in "owls", those individuals who are active at night and prefer late bedtime and later wake times. These individuals often struggle to get enough sleep during the week because of social obligations such as work and school that run on a common societal clock rather than on an individual internal clock.

For example, secondary school children often experience social jetlag due to the early start of the school day, which is at odds with their late internal clocks. Shift workers are another group of individuals who may experience extreme social jetlag due to the constant shifting of their schedules and from the requirement for night work. In research done with central Europeans, 80 percent of the participants were found to use an alarm clock on a workday and 60 percent were found to have at least one hour of social jetlag.

Is social jetlag bad?
The symptoms of social jetlag, such as daytime sleepiness and fatigue, can mimic those of jetlag. However, while jetlag resolves once our bodies adjust to the new time zone, social jetlag is ongoing ("chronic") as the internal processes of our bodies are constantly at odds with social time and the environment.

This is a major concern for health as chronic sleep disturbance is associated with a number of physical and mental health concerns such as cardiovascular diseases, metabolic disorders (obesity and diabetes), cancer and substance use and depression. According to sleep surveys, there is a prevalence of poor sleep quality globally. As chronic sleep disruptions are associated with significant health care costs to society, it is important to address the causes of sleep disruptions and detect early signs of social jetlag.

What can we do?

However, we appreciate that making changes to social schedules is complex and policymakers might have a difficult task ahead. Thus at the individual level, we can also do our part to minimise social jetlag and improve health by keeping a consistent bedtime during workdays that is early enough to allow us sufficient sleep before the alarm clock rings.