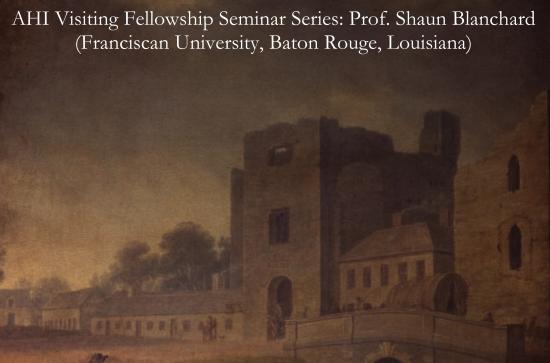 Recent interest in a ‘Catholic Enlightenment’ – once considered oxymoronic both by secular and denominational historians – has produced an enormous amount of exciting new scholarship. This Catholic Enlightenment has found widespread acceptance as part of the so-called ‘moderate’ or ‘mainstream’ Enlightenment, and as one of the ‘religious enlightenments’ that co-existed alongside what Jonathan Israel terms the ‘radical Enlightenment.’

While Italian, French, and German-speaking lands have garnered the most attention, that there was a significant Catholic Enlightenment in Britain and in the nascent American Church is no longer be doubted. In this seminar, we will explore three questions: first, whether there was an Irish Catholic Enlightenment, and if so, how did it compare to the British and American variants? Second, what was the relationship between Irish Catholics and enlightened strains of Catholicism, either in the English-speaking world or on the European continent? Of particular interest are the attitudes of important Irish Catholic leaders, whether prelates (Archbishop Troy of Dublin) or native intellectuals (Charles O’Conor) or their diasporic confrères (Luke Joseph Hooke). Finally, what role would such a Catholic Enlightenment have played in the creation of modern Irish Catholicism, including its 19th and 20th centuries overseas avatars. More ambitiously, did they act as anticipations or forerunners of Vatican II, especially in arenas such as liturgical reform, church and state relations (including religious liberty, education and poor relief), and the role of bishops and the laity?