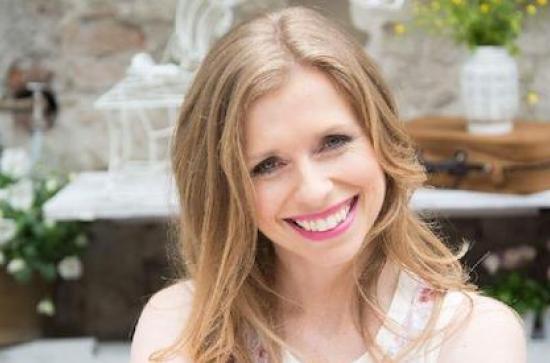 Dr. Fionnuala Moynihan performs three captivating, virtuosic and stunningly beautiful compositions by Clara Schumann. Wife of the much-loved composer Robert Schumann, Clara's celebrated career as concert pianist, composer and teacher of piano at the Hoch Conservatory, Frankfurt have largely been forgotten. One of the most sought-after concert pianists of her generation Clara gave performances all over Europe and gave debut performances of works by Robert Schumann and Johannes Brahms amongst other celebrated composers of the time. 2019 celebrates her 200th anniversary. Variations on a Theme by Robert Schumann op. 20, Sonata in G minor and Three Romances op. 21 make up this celebratory recital of the extraordinary life and talent of Clara Schumann.

Dr. Fionnuala Moynihan became the first person to be awarded a Doctorate in Music Performance from the Royal Irish Academy of Music and the Dublin City University in 2009. Fionnuala is widely acknowledged as one of Ireland’s leading pianists. She has a particular affinity with the works of baroque and classical composers. Fionnuala performed the Complete Piano Sonatas of Mozart in the Hugh Lane Gallery, Dublin, in a series of five recitals which ran from February to June 2010. She is the only Irish pianist to have undertaken the formidable challenge of performing this cycle in its entirety in Ireland.  Since then Fionnuala has given three more series performing the complete piano sonatas of Haydn, Clementi and Mozart for the second time. Her fifth series will commence in January 2018, ‘Schubert: The Completed Piano Sonatas’ and will be held in the prestigious Triskel Arts Centre, Cork.
Fionnuala has given solo recitals and concerto performances throughout the UK, France, Holland, Italy, Israel, U.S.A, Slovenia, Croatia, Serbia, Russia, Poland, Japan and Hungary. She won the John Field Prize at the 2009 Dublin International Piano Competition and was a featured artist on BBC Radio 4’s documentary on John Field’s life in April 2016. She has recorded numerous recitals and live performances for Lyric FM radio. Her debut CD ’The Ivory Lady’ was launched in January 2015. This CD is a classical-trad fusion CD and showcases Fionnuala’s love for both the classical and traditional music genres. Her most recent CD, ‘Melodies of Nations’ was released in June 2017 on the Hedone Label.
www.fionnualamoynihan.com