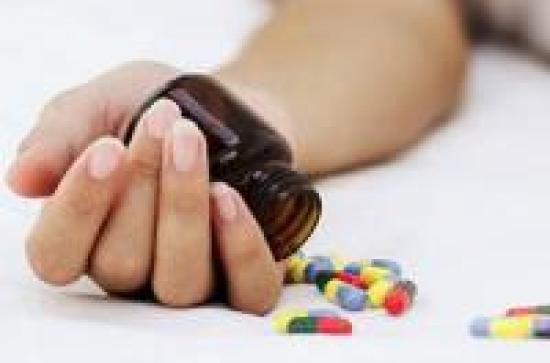 A research group based in the Department of Psychology at Maynooth University ’s Department of Psychology has developed a new computer-based system which can help to identify those at risk of suicide. The test can correctly identify those who are experiencing suicidal thoughts with 75% accuracy. According to the team, the tool could be used in hospital and A&E settings to help evaluate whether an individual is at risk and better allocate scarce treatment resources.

The computer-based system, called the Implicit Relational Assessment Procedure (IRAP), requires participants to confirm or refute statements under time pressure.  Reaction times are tracked and passed through a computer algorithm which is used to reveal unconscious attitudes or biases that are used to predict actual behaviour.

Trials of the system have been conducted over the past year with 24 service users from St. Patrick's University Hospital in Dublin, Ireland's largest independent not-for-profit mental health hospital. To date, research into suicide has largely focused on long-term suicide risk factors to indicate whether someone is at an increased risk over many years – analysing factors such as hopelessness, serious health complaints, and previous suicidal behaviour. The Maynooth University project focuses on short-term suicide risk assessment.

The Maynooth University research project, which is funded by the Irish Research Council, is a finalist for the upcoming ‘Making a Difference’ Awards run by the Higher Education Authority (HEA) to acknowledge impactful postgraduate research work. The team consists of Ian Hussey, PhD student at Maynooth University and Professor Dermot Barnes-Holmes, Dept of Psychology.

Discussing the new system, Professor Barnes-Holmes said: “Some of the most difficult behaviours to predict are those that occur very rarely but have large and devastating consequences, such as suicide. Ireland is no stranger to the issue of suicide and we have higher rates than the European average, especially among young men.”

Ian Hussey explained: “The task uses tiny reaction-time biases to reveal unconscious attitudes and intentions. It can pick up on things that the individual themselves might not be aware of. This makes it ideal to study self-harmful and suicidal behaviour. Our test is also less invasive than traditional methods that require people to talk openly about their struggle with suicidality. We hope that this research could significantly impact how hospitals and doctors can assess individuals who present at hospitals and A&E with mental health complaints, helping to identify priority cases in terms of psychological care.”

The report from the Irish Examiner is below. 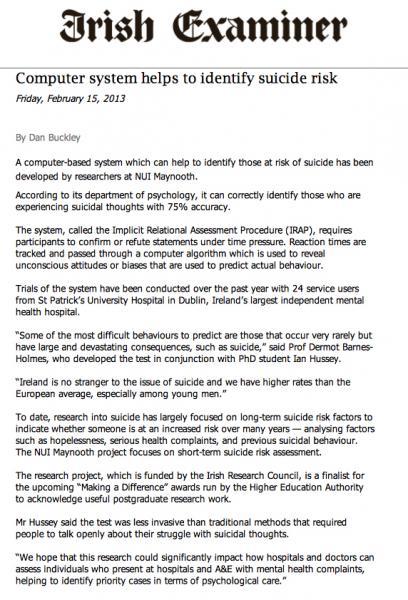