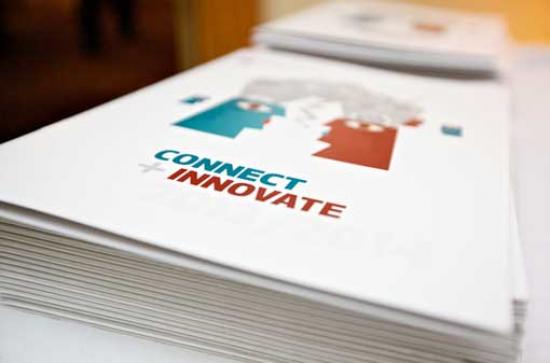 Crowd funding sites such as Kickstarter are making waves with their ability to fund ventures from consumer products to games, according to Owen Laverty, Commercialisation Executive at Maynooth University, speaking at speaking at Connect 2014, an event which links businesses with research teams in order to facilitate collaborative R&D partnerships.

Apart from the obvious benefits of raising money, companies get to validate their offering with their community which is extremely valuable. Outlining the four different categories of crowd funding; Equity, Reward, Donation and Lending, Owen Laverty identified Kickstarter and IndieGoGo as rewards based, thereby enabling companies to retain full ownership of their company post funding. To succeed in crowd funding companies need to start building their communities at least three months in advance of starting their campaign - the size of this task should not be under estimated.

According to Laverty “Critically, companies need to have completed a significant part of their research/ prototypes prior to launching their campaign, which Maynooth University can help with..Entrepreneurs need to get the right advice on protecting their IP (where relevant) before running their campaign or making any public disclosure, failure to do this can result in entrepreneurs being unable to patent the concept at a later stage.”

Held at Carton House and attended by over 100 companies  from SME’s to multinationals, the Connect 2014 audience heard from speakers on crowd funding as a means of investment; Start-up Ventures;  Competitive Intelligence; accessing funding for SMEs through Horizon 20:20; and Early Stage Science Venture Investment,

CONNECT is a networking forum to connect companies with research expertise at Maynooth University and technology transfer consortium partners at Athlone IT, IT Carlow and Waterford IT and to create networking opportunities for SME's and large corporations.