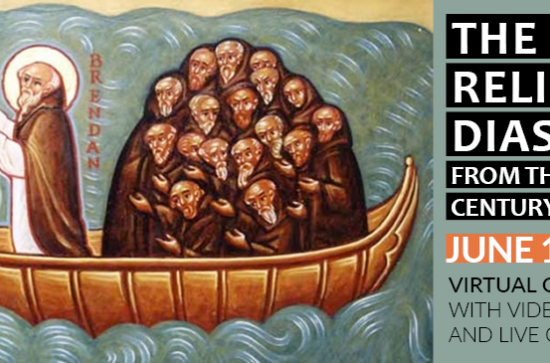 “I thought that God was Irish”, said Cardinal Archbishop of Manila Luis Antonio Tagle at a conference in London in 2017 during which he referred to his childhood growing up in the Philippines. Since British imperial expansion, Catholic presence has often rhymed with Irish names. Indeed, the “Irish missionary movement”, as it came to be known, emerged after Catholic Emancipation and the organization of the Irish Church, followed British subjects serving the Crown all over the world and also tended to the pastoral needs of Irish famine emigrants.
In God’s Entrepreneurs. How Irish Missionaries Tried to Change the World, Irish journalist Joe Humphreys described perceptions of missionaries as ranging from “well-meaning and antiquated people” to “proselytes from another age.” Returned Irish missionaries however tell stories of humble lifestyle among the local populations. The Irish press has recently interviewed a number retired Irish missionaries who express a sense of mitigated success and understated discouragement. With far looser connections to the colonial enterprise than their French or English counterparts, have they been properly acknowledged?

In the prevailing discourse about the Catholic Church in Ireland however, missionary activity enjoys a certain capital of sympathy, being regarded as one of the main areas of vitality in ecclesial life at a time of institutional crisis – an area untainted by the scandals that beset the institution at home. It is time to shine a critical light on that assumption in order to come to a more precise and informed appreciation of Irish missionary activity. As a scholarly contribution to the field of Irish missiology and church history, this conference seeks to build on the research initiated in the history departments of some Irish Universities – Cork, Maynooth, Galway notably.

The Irish Department of Foreign Affairs has invested funding in France to support research on the Irish diaspora in France and by extension on the European continent. Can we talk about Irish religious diaspora? The word “diaspora”, historically reserved to the Jews dispersed from Israel, and to populations subjected to forced resettlement after enduring expulsion, slavery, racism, war, has seen its meaning extended to refer to all populations “settled far from their ancestral homelands.”
In order to structure the study of this newly opened research area, the Irish Studies community in France (the SOFEIR) set up a Groupement d’Intérêt Scientifique (GIS) which it called GIS EIRE. One of the research areas explored by GIS EIRE is the “Irish religious diaspora.” GIS EIRE facilitates cooperation between universities in a particular research area. Accordingly, three Irish Studies colleagues from the universities of IT Tallaght (Ireland), Lille (France) and Caen, France, decided to bring together their ideas and research interests in Irish religious history and imagined this 2021 GIS EIRE conference which will be specifically dedicated to the theme of the Irish religious diaspora. With our panelists, we intend to outline and explore this area for the first time with the transdisciplinary insights of international scholars from Irish Studies, History, Literature, Diasporic Studies, Ecclesial History and Missiology.

Our 14 confirmed panelists include international scholars from Ireland, France, and the United States who have developed a body of ground-breaking work on the Irish religious diaspora worldwide. The event will also include a video visit of the archives of the Collège des Irlandais/Centre Culturel Irlandais of Paris, and the projection of a documentary and presentation by its producer about his relative the last missionary Irish nun in Japan.

For details of the full programme, including abstracts, please use the following link.

To registser for this event please use the following link to register via Zoom.