Call for Papers: What does animation mean in the Middle Ages? Theoretical and Historical Approaches International Conference in Bialystok, Poland

Call for Papers: What does animation mean in the Middle Ages? Theoretical and Historical Approaches International Conference in Bialystok, Poland 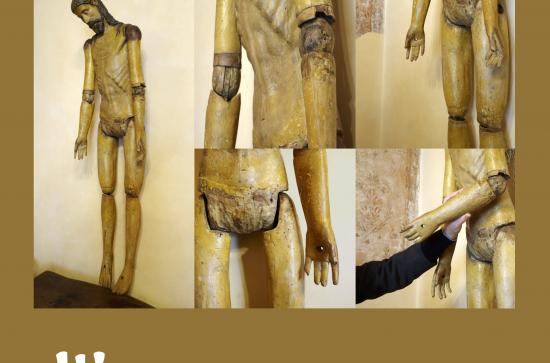 WHAT DOES ANIMATION MEAN IN THE MIDDLE AGES?

International conference in Bialystok, Poland from the 17th–20th September 2020

The A. Zelwerowicz National Academy of Dramatic Art Branch Campus in Bialystok, Poland
and University of Bergen, Norway

This conference is concerned with the agency and life of material objects
and evolves around the investigation of two interlaced objectives. First, the conference will shed light on understudied aspects of medieval visual culture, focusing in particular on the agency of images and material objects. Second,
it will provide new cutting-edge theoretical reflections and methodologies con- cerning the study of material agency and “living images” today. We argue that the cultural use of and interaction with images may be regarded as more than mere historically or culturally specific phenomena. Rather, it concerns the ontology of images and constitutes a fundamental aspect of our life with im- ages, in the premodern as well as in the contemporary. It is our contention that images are embedded in social interaction and that animation is deeply consti- tutive of the production of meaning. Animation, we argue, is not only located in the mind of the beholder, but in the epistemology, creation, interaction and materiality of images. Furthermore, we will argue that medieval animation may inform contemporary views on animation and provide us with a more precise vocabulary to capture current phenomena for instance in the digital world. The conference aim to be interdisciplinary and transhistorical in its perspective and targets scholars of visual studies, material studies, study
of religions, anthropology, medieval studies and theology. It is also relevant more generally for current discussions about the life and agency of seemingly dead matter.

There are four main topics of the conference:

– Mental animations of images and objects (artworks, and other artefacts)

– Animation in a theatrical context (mystery plays, liturgical plays and staging’s, puppets and other theatrical use of figures and sculptures)

– Medieval and Early Modern animation in the 20th century and contemporary theatrical practices.

The conference takes as its point of departure the work of the newly organized international research-project: The Living Image (LIMA): On the ontology, agency and personhood of living images and objects – medieval and modern. This project is coordinated from the University of Bergen, Norway, and con- sists of a group of researchers from Belgium, Denmark, Ireland, Norway, Poland, United Kingdom, and USA, and the work of the international research network: The European Network on the Instruments of Devotion – ENID: https://enid.w.uib.no/

The conference in Bialystok is designed to be a platform for the exchange
of opinions, ideas, and historical documentation, as well as the starting point for a publication. We plan to publish a collection of articles offering an interdisciplinary academic survey of the topic of animation in the Middle Ages, and its reception in the 20th Century.

The language of the conference is English.
Each contributor will be given 20 minutes to present his/her paper.

Please send abstracts of no longer than 500 words,
together with a short CV and personal data at the following email:

The conference will take place in Bialystok at the: