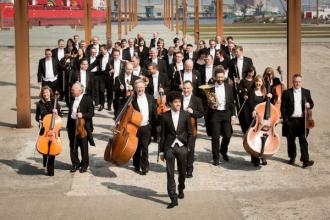 The première performance of a new violin concerto by MU Music's Ryan Molloy will be broadcast as part of BBC Radio 3's flagship contemporary music programme, Hear and Now, on April 22nd 2017 at 22:00. The performance by Darragh Morgan (violin) and the Ulster Orchestra under the baton of David Brophy was recorded in the Ulster Hall, Belfast, in November 2016.
Digital Arts & Humanities
Performance, Practice & Interactivity
Back to top
Back to top