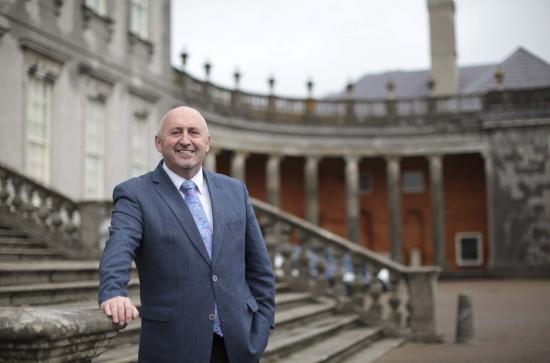 The Department of History extends its warmest congratulations to its very own Professor Terence Dooley, who has received the 2020 Faculty of Arts, Humanities, Celtic Studies and Philosophy Research Achievement Award. Prof Dooley has been instrumental in creating a new field in Irish history - that of the systematic study of the country’s "Big Houses" and their associated estates. As founder and director of the Centre for the Study of Historic Irish Houses and Estates, he has presided over eighteen annual conferences in Maynooth, bringing national and international scholars of the highest reputation to the University and co-editing six volumes arising from this research. He is a prolific writer and a researcher of international standing, having authored volumes such as ‘The land for the people’: the land question in independent Ireland, 1923-73 (2004) and The decline and fall of the Dukes of Leinster, 1872–1948: love, war, debt and madness (2014). Prof Dooley contributed to some the most important collaborative works of the past decade, including the Cambridge History of Ireland, the Cambridge Social History of Modern Ireland, the Atlas of the Irish Revolution, and the Oxford Handbook of Modern Irish History. Prof Dooley, finally, is also a very popular supervisor: since 2010 he has helped twelve students complete their PhD, with many others due to finish in the coming years.