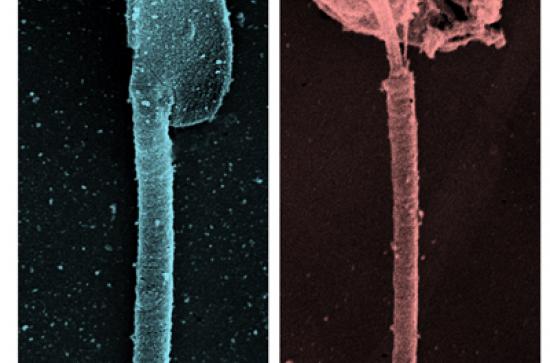 Discussing the research, Professor Kay Ohlendieck, Maynooth University said: “Traditionally research around male infertility has focused on individual proteins or biochemical pathways, but we took a technology-driven approach to studying the abnormalities in sperm. We found that the prevention of the acrosomal reaction in sperm cells appears to prevent fertilization and initiates a cascade of metabolic abnormalities and a cellular stress reaction in defective spermatozoa. Male infertility is responsible for approximately 50% of infertility cases, usually due to deficiencies in semen, so it is crucial that we have a better understanding of this field. If we can better understand the pathology, we might eventually be able to help people with full globozoospermia.”