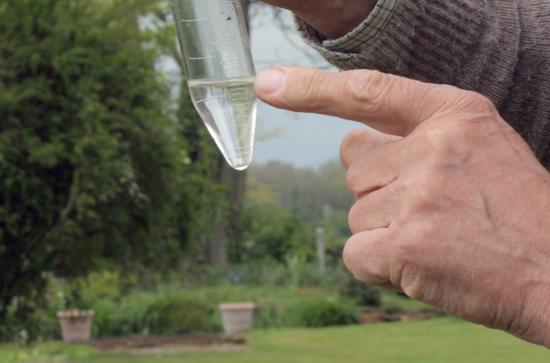 Biography:
Martina O’Brien’s interdisciplinary practice stems from her intrinsic interest in perceptions of time, the earth sciences, futurology and divination. Over the last number of years her work has frequently examined measurement technologies and data-driven practices of quantification such as climate modelling and, as an extension of this, considered how ways of describing the world through computational structures affect the possibilities for our being, acting and thinking in the world. O’Brien is a member of Temple Bar Gallery + Studios 2019/2020 and holds an MA in Visual Arts Practice from Dún Laoghaire Institute of Art, Design and Technology.

O’Brien was recently commissioned by the European Commission to collaborate with Earth scientists at the Joint Research Centre’s Crisis Management Laboratory, Italy in 2019. The outcome of this project was exhibited at Datami Resonance III Festival, Ispra, Italy and will be exhibited in BOZAR, Centre for Fine Arts, Brussels, 2019/2020. O’Brien was an invited artist on the Monitoring Change in Submarine Coral Habitats Marine Expedition, North East Atlantic Ocean, in association with Parity Studios, UCD & The Irish Centre for Research in Applied Geosciences, Dublin, in 2019. Solo exhibitions include At Some Distance in the Direction Indicated, Butler Gallery, Kilkenny in 2018. Recent awards include an Arts Council of Ireland Visual Arts Bursary Award 2019; Arts Council of Ireland Travel & Training Award 2019 and 2017; Creative Ireland Bursary Award 2018; Kildare County Council Arts Act Awards 2019, 2017 and 2016; and an Arts Council of Ireland Project Award 2017. 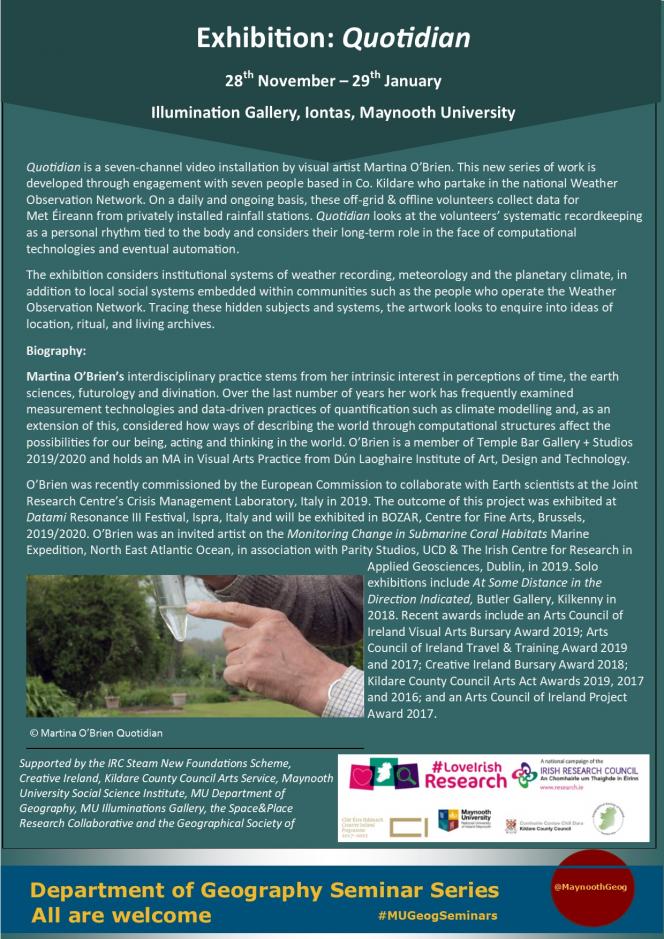