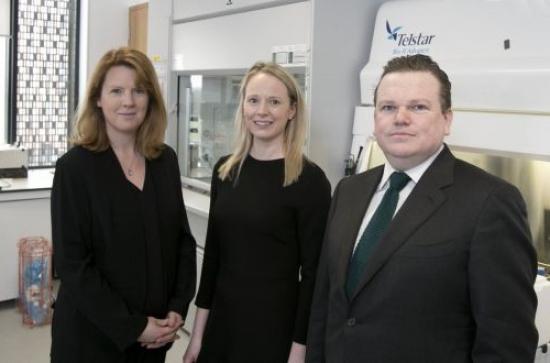 Avectas is a Maynooth Univeristy spinout company, founded in 2011, and located in MaynoothWorks business incubator on campus.

The Maynooth-based biotech is the only Irish company to be awarded funding in the current round of Horizon 2020 – the EU Framework Programme for Research and Innovation.

Avectas is developing a technology that temporarily makes permeable cells extracted from a patient and allows them to be re-engineered to attack cancers before being infused back into patients.

Its approach addresses two key challenges in the immunotherapy approach to tackling the disease – the reliance on viruses to help re-engineer cells and the length of the costly cell engineering process.

Under current immunotherapy approaches, pharma companies can wait for years for the required virus to become available. The subsequent cell engineering process can take up to 22 days.

The Avectas permubalisation approach does away with the need for viruses and reduces the time involved in the cell engineering process.

Compared with the estimated manufacturing cost of the Novartis drug, Kymriah (the first immunotherapy drug, approved in 2017) of €200,000, Avectas’s Solupore approach can complete the process for €115,000, or 40 per cent less.

“The reduction in the cost of goods, combined with the elimination of the queueing time for virus production and the simpler regulatory pathway, renders these life-changing therapies economically viable thus making them available to a wider patient community,” Avectas said.

Michael Maguire, co-founder and chief executive of Avectas said the company’s approach also avoids the issues that arise with another well-known process, electroporation (the effective electrocution of cells to make them permeable).

“We are talking about a precious and finite patient material with these cells, because these patients are already very ill,” he said. “Our technology is very gentle on the cells, preserving their viability and functionality.”

The Horizon 2020 funding is a major achievement for the business, in which former Elan executive Séamus Mulligan holds a significant stake, having invested €7.5 million in several funding rounds since 2014 through his Adapt Pharma business. It is chaired by another Elan alumnus, Dr Mary Martin.

Mr Maguire said it will allow Avectas to accelerate its Solupore delivery technology towards clinical scale and regulatory approval, and ultimately to the development of the company’s own therapeutic products

The company, founded in 2012, will also be able to recruit eight new staff to its highly specialised team of 20 biologists, immunologists and engineers.