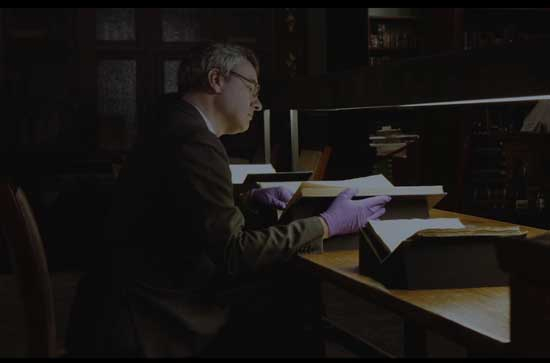 At the end of April, the research project Chronologicon Hibernicum (ChronHib), funded since 2015 by a European Research Council Consolidator Grant, came to a close. Working with an international team of experts, Prof. David Stifter has conducted ground-breaking research on linguistic variation in the Old Irish period. The ChronHib team have developed methods to annotate linguistic variation in a textual corpus, which can then be analysed with Bayesian statistical methods that allow the modelling of language variation over time in an underdocumented language such as Old Irish.

For a European R&D Exhibition in the Humanities in the context of the European Conference of Humanities held in Lisbon in May 2021, a short video highlighting the work in the ChronHib project was produced.

As the major output of the project, the ChronHib team have created the lexicographic database Corpus PalaeoHibernicum (CorPH), a deeply annotated corpus of over 70 early medieval Irish texts

CorPH is an openly accessible resource that will allow scholars of Early Irish to conduct linguistic queries of a hitherto unparalleled precision. CorPH was launched on 20 May at an online event