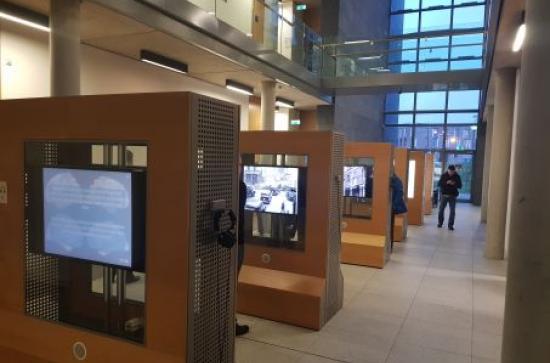 In 2016, an interdisciplinary team of researchers across multiple institutions, led by Dr Richard Roche from the Department of Psychology, Maynooth University, began a research study – funded by the Irish Research Council – on how regular reminiscence can impact on memory and wellbeing in healthy, older, community-dwelling adults and people in the early stages of dementia. Initially called the SEAN-Key project, it was later re-branded the Recall Initiative, and received just under €220,000 in funding from the IRC New Horizons funding scheme, for a two year project involving multiple studies.

To investigate the cognitive and psychological effects of regular, group-based reminiscence on healthy older adults, an initial study involved pre- and post-reminiscence testing of processes including memory, attention and executive function, as well as psychological variables including anxiety, depression, quality of life and social engagement. A small sub-group also took part in functional MRI brain scanning in Trinity College to test for structural and functional brain changes as a result of the intervention.

Groups in Maynooth, Swords, Tallaght and Dublin city centre all took part in six weeks of reminiscence. Weekly groups recalled stories from their earlier years about personal experiences and major national events, like the visit of John F Kennedy in 1963 and the Pope in 1979. During the group sessions, we recorded audio (with permission) of the stories and memories that our participants recalled, with these recordings hosted in a designated section of the Digital Repository of Ireland (see https://repository.dri.ie/catalog/wp98p078n ). In addition, a small group of older adults living with dementia took part in a modified version of the intervention, with a weekly group meeting in Peamount Healthcare’s Dementia Unit.

On January 29th, the Maynooth Illuminations exhibition space, organised by Prof Colin Graham, hosted the launch for the new installation “Memory, History, Mind”, which is based on the audio recordings from our participants, combined with photographs and images connected to the narrative. In addition to members of the research team, many of the study participants were in attendance. The exhibition is free to all, and can be found in the Iontas Building, below the stairs. It runs until March 8th 2020.