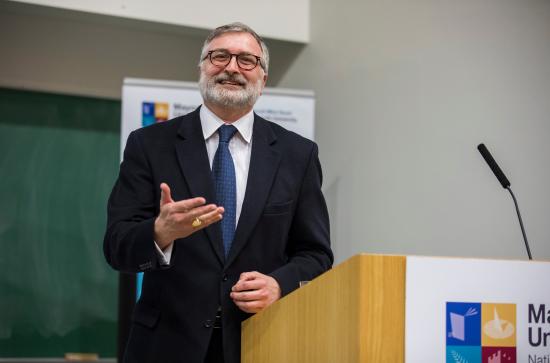 Professor Rosemann is a scholar of international renown, known for his work on medieval philosophy, and how it may be understood in the context of the challenges of contemporary thought.
Professor Rosemann received his undergraduate education at the University of Hamburg, and obtained his Masters degree from Queen’s University Belfast and PhD from the Université catholique de Louvain in Belgium, under the supervision of the late Professor James McEvoy. His time in Belfast left him with a lasting interest in Ireland and strong connections to Irish academic philosophy.
He is joining us from the University of Dallas, where he has been since 1997. In recent years, his interests have revolved mainly around the twelfth-century theologian Peter Lombard and his famous Book of Sentences, as well as the book series he edits, 'Dallas Medieval Texts and Translations'. His most recent project is a book that will appear with the American publisher Eerdmans under the title, Charred Root of Meaning: Continuity, Transgression, and the Other in Christian Tradition. The book is devoted to the interplay between the conservative impulses of tradition and the creative disruption that traditions require in their foundation and development.