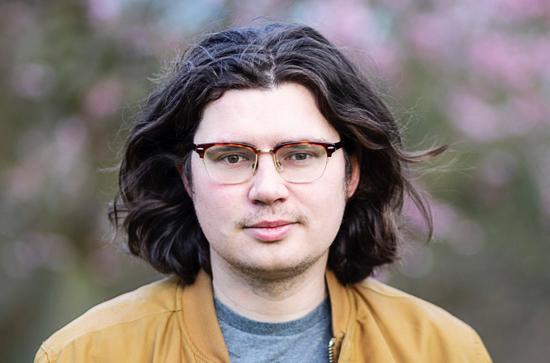 I grew up in Lincolnshire and took my BA at Brasenose College, Oxford, in English and French. I was part of the first cohort for the Shakespeare Institute’s MA in Shakespeare and Creativity, where I went on to complete my PhD: a wide-ranging study of the development of verse drama from Shakespeare to the present day, incorporating elements of creative practice.
My academic interests span from the 16th century to contemporary poetry, and I am always looking for ways to bridge the gap between them, as well as the more significant gap between critical and creative practice. I am a specialist in early modern theatre, and the particular focus of my current research is on contemporary fictional representations of the early modern period. My work in this field has been published in the Ben Jonson Journal, in edited collections by Cambridge University Press and Berghahn, and presented at international conferences including the International Federation for Theatre Research (Stockholm, 2016) and the Shakespeare Association of America (2017, 2018). In March 2017, I was Global Premodern Studies Visiting Professor at the University of Minnesota.
Alongside my academic work, I also write creatively. My poetry has been published in three pamphlets with UK-based independent presses, and has featured in magazines including Poetry London, The White Review and The Literateur, as well as a number of anthologies. I have performed at the BBC Proms for a Radio 3 broadcast, translated work from French and Latvian, and edited anthologies for the Emma Press. In 2017 I was one of six winners of the Society of Authors' Eric Gregory Award, and in 2018 I was appointed Birmingham Poet Laureate. I also write for children and do school visits for Pop Up Projects. My first play for children, an adaptation of Oscar Wilde's The Selfish Giant, premiered at the Arcola Theatre, London, in December 2016.

The development of verse drama in Britain from the 16th century to the present day, particularly as understood in dialogue with Shakespeare; fictional depictions of Shakespeare and especially Shakespeare’s contemporaries, with a focus on Ben Jonson and Christopher Marlowe; incidental uses of Shakespeare in popular music and pop culture; the relationship between politics and poetic form; contemporary poetry; depictions of class in post-war British literature and music, including a project on the songwriter Jake Thackray (http://gatherabud.wordpress.com)

My undergraduate teaching includes the early modern literature modules Lost Worlds, Literatures of Place, and Reading/Theory. I am available to supervise disseration-level work on early modern literature and contemporary poetry, as well as creative writing projects across genre. Previously I taught in the Department of Creative Writing at the University of Birmingham, and supervised creative dissertations largely in playwriting at undergraduate and Masters level. I also taught on the Shakespeare Institute's unique MA course in Shakespeare and Creativity, leading the modules Shakespearience and Shakespeare and Society.
Back to top
Back to top