Understanding the Needs and Perspectives of Human Trafficking Victims in Ireland: An Exploratory Study 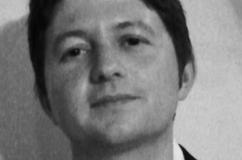 Dr David Doyle has recently been awarded an Irish Research Council New Foundations Award to conduct an exploratory study of victim perspectives on forced labour and trafficking for criminal activities in Ireland and to seed a new ‘victim-centred’ study of trafficking in Ireland. Working with the Migrant Rights Centre Ireland (MRCI) and Rachel Wechsler (University of Oxford), this pilot project will conceptualise human trafficking as a violation of victims’ human rights (Segrave, Milivojevic and Pickering, 2009) and promote a victim-centred approach to addressing the trafficking epidemic (Obokata, 2006). Research-based studies drawing on interviews with trafficked persons are ‘few and far between’ (Cameron, 2008), but through their participation, victims’ voices are heard and officially acknowledged, which can foster an increased sense of control, dignity and self-worth (Roht-Arriaza, 1995). By exploring victims’ perspectives, rights and needs through in-depth, qualitative inquiry, this pilot project will form the basis of a larger study that can be utilised by the Irish state to increase the efficacy of their efforts to meet their obligations to victims under EU and International law.

Dr Doyle is a lecturer in law at Maynooth University Department of Law where he lectures modules on Criminology and Criminal Justice.