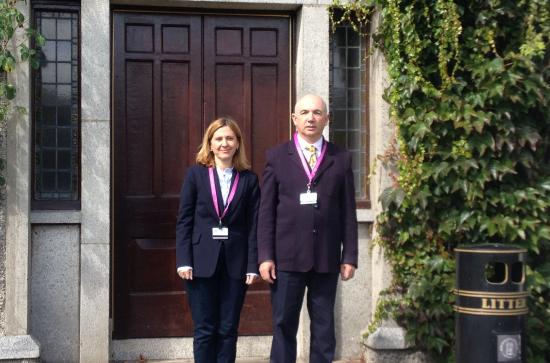 Visiting Professors of Law from the University of Malaga

Maynooth University Department of Law has been very lucky to have played host to Visiting Professors Antonio Màrquez Prieto and Rocìo Caro Gàndara over the past month. During their time at the University, Antonio and Rocìo have each been working on very interesting research projects, about which you can read in more detail below.

It has been a pleasure for the Department of Law staff to work with Antonio and Rocìo and we hope to work with them again in the near future. Rocìo is also the Erasmus Coordinator of The Faculty of Law at the University of Màlaga, and in this capacity she has been negotiating bilateral institutional relations between the Maynooth University Department of Law and her Faculty at the University of Màlaga. 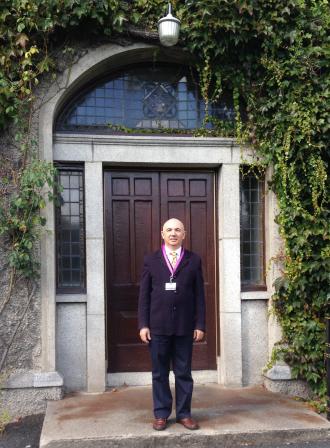 Antonio is developing a research project with the help and mentorship of Professor Michael Doherty, Head of Maynooth University Department of Law. The object of the research is the pursuit of social justice (understood more specifically as a search for justice in the employment relationship) by the Labour Court and other bodies of Ireland.

Antonio is  more familiar with a continental legal system (or civil law), in which the courts apply norms rigidly, norms being the only source of law (according to the principle of legality). In contrast, Antonio has found that the labour legislation in the Irish legal system creates a very interesting and different situation; Irish judges and courts, do not simply have to implement legislation along with all the rules of law, including the content of the common law, but, above all, the employment relationship must be considered in a more dynamic way.

Antonio is attempting to analyse some important cases in which flexibility is apparent. He intends to submit a paper in Spain as an example of how social justice can be more dynamically sought. He appreciates the valuable assistance received from the staff of the Department of Law and the Maynooth University Library in support of his research project. 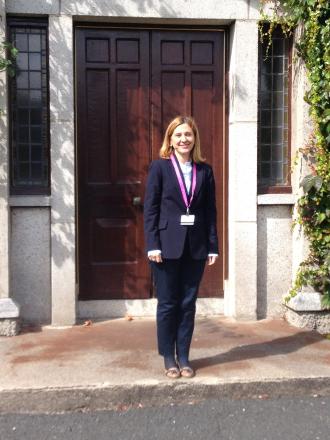 Background to Rocio’s Research
In the EU's recent Regulations which include “conflict of Laws” rules, habitual residence is increasingly being used as a connecting factor for determining  what law is applicable to a  cross-border private relationship.  In any cross-border legal relationship it is always necessary to determine which legal system should apply (conflict of laws).  For this purpose, various "connecting factors" are employed: nationality, domicile, habitual residence, place where the contract obligation must be applied, etc.

However, every country has its own system of conflict rules, often different from the systems of other countries. Therefore, the same case could be treated differently depending on which court hears the case.  In order to avoid such situations, the EU has elaborated different regulations by applying art. 81 1 of the Treaty on the Functioning of the European Union (TFEU) as amended by the Treaty of Lisbon (2007).

The notion of "habitual residence" as a connecting factor emerged under the influence of the Hague Conference on Private International Law, but the Hague Conventions do not define the notion, to avoid rigidity. The EU has, however, defined it in some fields in order to harmonise it in all Member States. The European Court of Justice case law has concretised this notion, especially in the context of child abduction. The Court has underlined the importance of the integration of a child into their social and family environment, pointing out that habitual residence is a question to be decided by the national court in light of the specific factual circumstances.

In order to define habitual residence, perhaps we need to take into account its definition in other spheres. For instance, in the sphere of social security, the ECJ underlined that habitual residence has an autonomous meaning under EU law. It indicates that it corresponds to the habitual centre of interests of a person, adding that, in order to assess where someone's habitual residence is located, the length of residence, the length and purpose of absence, as well as the person’s apparent intention must be taken into account. Under the Staff Regulations of EU officials, the Court has ruled that the place of habitual residence is the place where one has established a permanent centre of interests with the intention of giving it a lasting character. Finally, in the context of the European Arrest Warrant, the CJEU found that a person is "resident" in a Member State when they have established their "actual place of residence" there.

The scope of Rocio’s work is, principally, to help national Courts build a harmonised definition of this concept of law in interpreting the rules of Private International Law (EU) Regulations. Rocio’s work is being developed within a Spanish interdisciplinary research group, directed by Mayte Echezarreta Ferrer, Associated Professor of Private International Law of the University of Màlaga. It is intended that her research project will be the subject of an independent chapter in a new book to be published by this research group in 2015, the title of which is: “vinculaciones personales y territoriales de los gerontoinmigrantes en Espana como lugar europeo de retiro: una cuestiòn de derechos”.

Rocìo’s Acknowledgements:
‘I have principally used the sources of the Maynooth University Library, both electronic and physical; I deeply thank the University’s Professors, administrative staff, and librarians for their kind treatment and assistance.’