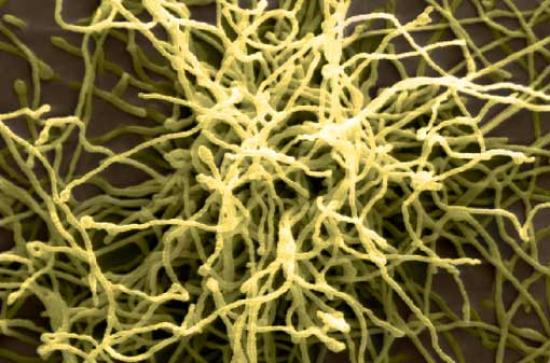 Researchers at Maynooth University have made a significant breakthrough in the area of fungal development. The researchers, Dr Ozgur Bayram and Dr Ozlem Sarikaya-Bayram, have discovered a novel protein complex (Methyltransferase complex) which controls fungal growth and the production of secondary metabolites, in the model organism Aspergillus nidulans, which grows on decaying organisms.

Secondary metabolites produced by fungi include the deadly mycotoxins aflatoxin, amanitins and fumonisins that cause disease and poisoning when ingested by humans and animals. The research team found that the novel regulatory protein complex sensed various environmental signals and prevented the production of a deadly mycotoxin, ‘sterigmatocystin’ (an aflatoxin-like molecule), and increased the production of orsellinic acid (an antimicrobial compound that kills microorganisms or inhibits their growth) and its derivatives.

Discussing the breakthrough, Dr Ozgur Bayram, Biologist, said: “There are an estimated five million fungal species on our planet, and many are medically and biotechnologically relevant with positive and negative impacts on human health and plant growth. The protein complex we have identified is highly conserved in other fungal species relevant to medicine, agriculture and biotechnology, so our research represents a major breakthrough in addressing and overcoming the challenges caused by fungal organisms.

“The discovery of novel fungal-derived antibiotics and antivirals is essential to combat emerging bacterial and viral diseases. Furthermore, effective strategies are needed to prevent the fungal infections, the growth of the fungi on food sources and production of fungal mycotoxins. Therefore we are very excited with the future possibilities presented by the discovery of the new protein complex,” Dr Bayram said.

Fungal mycotoxin contamination of food material, and fungal infections in immunocompromised patients (HIV patients and organ transplantation patients), pose a huge threat to public health. On the positive side, fungi produce potent antivirals, antifungals, and antibiotics, such as penicillin, which has saved millions of lives. The research was carried out in collaboration with Goettingen University in Germany, has been published in the prestigious international journal, Developmental Cell.