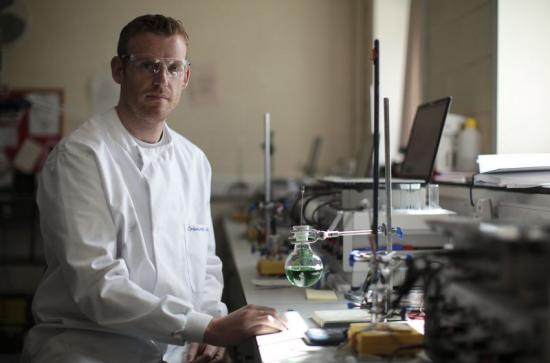 Ireland’s Robot Soccer team, RoboEireann, from Maynooth University, will play their first match tomorrow at RoboCup 2013 – an annual competition which involves soccer playing robots from over 20 nations pitting their skills against each other, just like their human counterparts at the FIFA Confederations Cup.  Kicking off at 12.40pm (local time), RoboEireann will be taking on former world champions, B-Human, from Germany.

Sponsored by Intel Labs Europe, Team RoboEireann comprises of students and staff from the Department of Electronic Engineering and Department of Computer Science at Maynooth University.  This is the fifth year the Maynooth University team has competed at an international tournament, with the team achieving the runner-up spot at last year’s European Robot Soccer competition.

Taking place in Eindhoven, Netherlands from 26th – 30th June, RoboCup 2013 is an international research initiative aimed at advancing the state of the art in intelligent autonomous robotics. RoboEireann competes in the Standard Platform League where all teams use identical humanoid robot hardware but must develop software that enables the robots to understand their surroundings, make decisions, and coordinate their behaviour without human intervention or remote control. Video footage of RoboEireann is available to view here http://youtu.be/5Ut0nBh4piY

Commenting on the tournament, Dr. Rudi Villing, team coach and lecturer in the Electronic Engineering Dept. Maynooth University, said, “RoboCup provides a fun and creative platform for increasing student interest in the subjects of science, technology, engineering, and maths (STEM). Our vision is to take robot soccer to a wide audience in order that we can excite and engage as many people and students as possible in STEM subjects.”

Maynooth University President, Professor Philip Nolan, said, “RoboCup provides a fun and futuristic platform to showcase some of the innovative research carried out at Maynooth University.  However, intelligent humanoid robotics can have many real world applications that impact across many industries and aspects of our lives, ranging from autonomous vehicles to rescue environments.”

Discussing the Maynooth University / Intel joint research programme in intelligent systems, Martin Curley, Vice President and Director of Intel Labs Europe said, “The RoboCup and NAO humanoid robot platform, based on the Intel ®Atom processor is a great research platform, a great learning platform and the Robocup competition itself is a great sporting spectacle. Together we will work on some of the more difficult problems in ambient and collaborative intelligence and also explore how humanoid robots may be of assistance to industry and broader society in the future.”

Finally, Dermot Honan of Intel Labs Europe said, “RoboCup provides a fantastic means of increasing student engagement in STEM subjects and we are delighted to sponsor the RoboEireann team.”