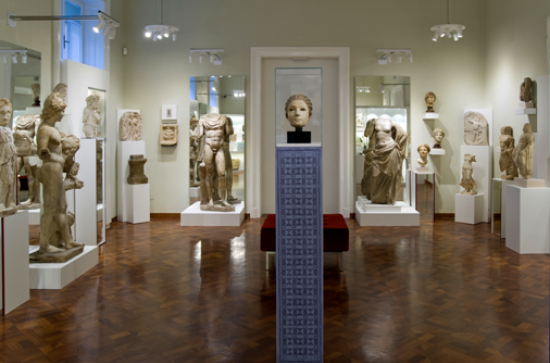 Archaeological Museum in Zagreb, together with the National University of Ireland, Maynooth, and the Embassy of the Republic of Croatia in Ireland on Monday, May 13th opened the exhibition “Laval Nugent - Warrior and Art Collector” at the Maynooth University Library.

Today somewhat forgotten, Count Laval Nugent (1777-1862) was a central figure in Croatia’s development into the modern European country during the 19th century. The significance of Laval’s story is additionally interesting because this fervent advocate of Croatian nationhood was born in Ireland, was a member of the Irish nobility, as well as a field-marshal of the Austrian Army, Croatia then being part of the Habsburg Monarchy.

Laval combined his brilliant military and political career with his personal interest in culture and Croatian history. Conducting archaeological excavations and collecting objects of art across Italy and the Croatian littoral, he assembled an impressive collection of artifacts that became the basis of the first museum in Croatia, the Museum Nugent, which Count Nugent placed on the Trsat Fortress above Rijeka, one of his Croatian estates. It is these objects procured by Laval that have become the basis of two large collections of the Archaeological Museum in Zagreb (as well as the permanent exhibition of the Museum's Greek and Roman Collection), so it is no surprise that this Museum still safeguards Laval Nugent’s memory, through organising exhibitions, lectures, publications, and professional articles.

This exhibition Laval Nugent - Warrior and Art Collector was set up in the newly acquired Museum’s Gallery in Zagreb in the fall of 2017 marking the 240th anniversary of Laval's birth, in cooperation with  Embassy of Ireland in Croatia. The aim of the exhibition was to present to the Croatian public the story of Count Nugent as well as his complex personality. Laval Nugent’s contribution to the development of Croatian culture deserves to be more widely known in his country of birth. By staging the exhibition at the National University of Ireland, Maynooth, the Archaeological Museum in Zagreb wants to commemorate the legacy of Count Laval, to whom, as well as a number of other Croatian cultural institutions, it owes much.

The exhibition stays open until May 30th.