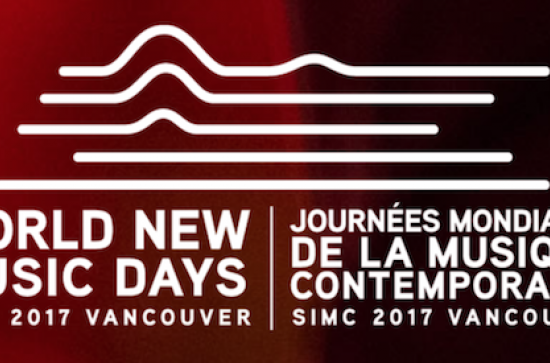 Over the last year, composer and pianist Dr Martin O'Leary has been touring a programme of all-Irish music around Ireland and the world. Next week he visits Japan to give several concerts of this extensive survey of Irish piano music. In the YouTube interview below, he examines how the different composers have approached writing for the instrument. Works featured include:

An Irish delegation will travel to Vancouver next month to attend the annual International Society for Contemporary Music's prestigious annual Festival. The AIC sends one delegate to the Festival and General Assembly each year, while one work by an Irish composer – selected from a call for works – is chosen to represent the Irish section in the festival. This year's selected Irish work is Dr Ryan Molloy's Between the Tunes, which will be performed by the NOW Society Ensemble (4 Nov):

"This work invites improvisation on stylised fragments of traditional Irish music but tries to avoid overt assimilation of the 'macro' character of traditional music, rather focusing on the 'micro'. It does this by treating these fragments as 'objets sonores;, snippets of modal motifs and ornamentation that transform at the performers' whim into a swirling mass of sound." – Ryan Molloy