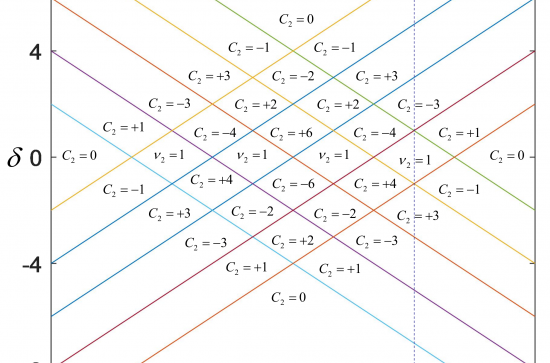 In this talk, I present a 4+1-D Dirac-type Hamiltonian protected by CP-symmetry, whose 3D boundary supports an odd number of Dirac cones. This system supports (4+1)-D quantum spin and valley Hall effects. A specific perturbation splits each bulk massive Dirac cone into two valleys separated in energy-momentum space with opposite second Chern numbers, in which the 3D boundary modes become a nodal sphere or a Weyl semi-metallic phase. By introducing the electromagnetic (EM) and pseudo-EM fields, exotic topological responses of our system are revealed, which are found to be described by the (4+1)-D mixed Chern-Simons theories in the low-energy regime. Notably, several topological phase transitions occur when the bulk gap closes by giving rise to exotic double-nodal-line/nodal-hyper-torus gapless phases.

Finally, I show how to probe experimentally these topological effects in cold atoms.

For those who wish to attend online, we have set up a Microsoft Teams meeting.