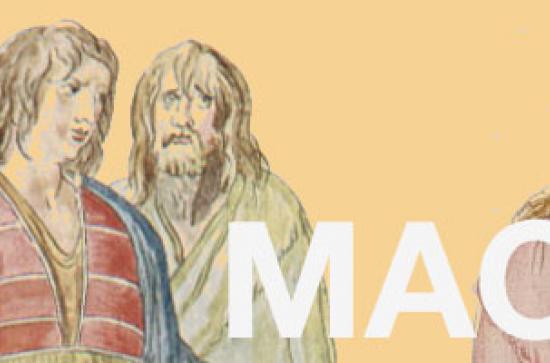 The PhD Researcher
The MACMORRIS Project (Mapping Actors and Communities: A Model of Research in Renaissance Ireland in the 16th and 17th Centuries) is a four-year digital-humanities project funded by the Irish Research Council. It seeks to map the full range of cultural activity in Ireland, across languages and ethnic groups, from roughly 1541 to 1691.We are looking to recruit a well-qualified applicant interested in undertaking a research degree at PhD level. To that end, we are inviting applications from candidates interested in undertaking a focused case study that will produce a more granular sense of the period and, thereby, help to redefine it. Specifically, applicants might have a research interest in one or more of the following areas:

1. Group Biography/Life-Writing, e.g. a case study of a specific community of writers / learned families / settlers / women’s writing circles;
2. Network Analysis e.g. exploring relations poets and patrons, natives and newcomers; cross-cultural knowledge exchanges (and/or conflictual encounters) between communities;
3. Irish writers in English, e.g. Richard Stanihurst.
4. English writers who campaigned and/or settled in Ireland during the Elizabethan and Jacobean period, e.g. Edmund Spenser, Barnaby Googe, Barnaby Rich, Sir John Harington;
5. Neo-Latin writing, scholarship, and translation in early modern Ireland;
7. Continental European networks; writing in and translation of European vernaculars produced in Ireland or by the Irish abroad;
8. Gaelic writing and networks of patronage;
9. Book History, manuscript circulation, and patterns of knowledge exchange within and between the communities of early modern Ireland;
10. Patterns of Settlement and Colonisation: given the project’s commitment to mapping and geo-locating cultural producers of early modern Ireland, we would also be interested in hearing from candidates with a background in archaeology, cultural geography, environmental humanities, or related disciplines, interested in exploring the loci and material culture of writers and other cultural producers, particularly in Munster.

The candidate should have an interest in applied digital humanities and feel comfortable working on an interdisciplinary team.

Given the project’s focus on the province of Munster for its case study, an interest in cultural practices and interactions there would be particularly welcome.

What Is Funded
The studentship is for 48 months and include a tax-free stipend of €16,000 p.a. and the payment of academic fees, as well as a laptop, and travel allowance.

Duration
The studentship is for 48 months.

Co-supervision with another department is possible.

The successful candidate will have at least a 2.1 degree at BA and MA level, with a strong scholarly grounding in Renaissance literature and early modern Ireland.

The MACMORRIS project (Mapping Actors and Communities: A Model of Research in Renaissance Ireland in the 16th and 17th Centuries) is a four-year digital-humanities project funded by the Irish Research Council that seeks to map the full range of cultural activity in Ireland, across languages and ethnic groups, from roughly 1541 to 1691. It aims to provide an inclusive account of creative, scholarly, and intellectual activity in a period of conflict, change and innovation which transformed Ireland. In doing so, it will extend, unify and redefine our understanding of sixteenth- and seventeenth-century Ireland, its place in the European Renaissance, and in the wider global networks of an emerging modernity.

The project has two objectives. First, it will build a dataset of every figure from or living in or closely associated with Ireland in this period. Secondly, it will use the province of Munster as a case study and, using the biographical and bibliographical data gleaned from the dataset, it will create an interactive map to identify, geo-locate, and provide biographical and bibliographical information for the totality of cultural producers working in Irish, English, and other languages in Munster between 1569 and 1607.
The Principal Investigator of the MACMORRIS project is Prof. Patricia Palmer: https://www.maynoothuniversity.ie/english/our-people/patricia-palmer The project team also includes two post-doctoral fellows and a programmer.

How to Apply
Please send a completed Macmorris PhD application form , along with a covering letter, to pat.palmer@mu.ie. The deadline for applications is 17.00 GMT on Wednesday, 1 July 2020.