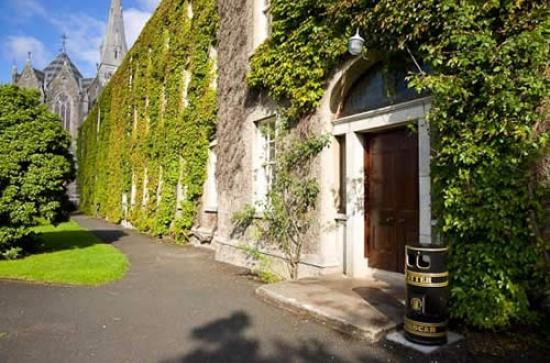 On 19th & 20th July the Third Annual International Famine Conference, hosted by the Centre for the Study of Historic Irish Houses & Estates, Maynooth University, will welcome descendents of the Tighe family 'home' to Strokestown, 167 years after the family set off in search of a better life. The Conference, themed The Famine Irish: Emigration & new lives takes place at Strokestown Park House in county Roscommon this week (19th-20th July).

In 1847 over 1,400 people from the Mahon estate at Strokestown were assisted in emigration to Canada during the worst months of the Great Famine. Of those who survived more than 60 were orphaned. Among these were Daniel Tighe, aged 12 and his sister Catherine, aged 8. A French-Canadian family, the Columbe's, with no children of their own, adopted Daniel and Catherine and brought them to live on their 80 acre farm outside Quebec. Remarkably, the descendants of Daniel Tighe still live on the same farm and will return to Strokestown as guests of honour for the conference.

The conference will explore the lives of many who left Ireland during the Great Irish Famine and who settled in America, Canada, Britain, Australia and South Africa. The keynote address will be delivered by renowned Famine expert, Professor Christine Kinealy, while the chairman of the Gathering 2013, Tim O'Connor will open the proceedings.

Discussing the event, contributor and organiser, Dr Ciarán Reilly, Dept of History, Maynooth University said: “The Famine Conference will feature some of the world’s leading experts in terms of the Irish famine and emigration. A special feature of the event will see us welcome back descendents of the Tighe family, which is especially appropriate in the year of the Gathering. During the course of the Great Famine more than a million people fled Ireland chiefly to Britain, Canada, the United States and Australia. Others scattered to mainland Europe, South America and South Africa and the Conference will hear some of the fascinating stories of the famine emigrants.

“My presentation, 'A Mayo man on the Cape', will explore the story of Robert Stanford, a Mayo man and retired British army officer, who risked his life providing supplies for the penal ship, Neptune, which had finally reached Cape Town in September 1849 but was prevented from landing. A five month stand-off ensued where the starving prisoners were forced to remain off the coast and in the end the convicts were forced to continue to Van Dieman's Land and Stanford remained ostracised within his own community. He later he travelled to England and was given an audience with Queen Victoria who also presented him with a knighthood. Today, the town of Stanford, outside Cape Town is named in honour of the Mayo man.”

Bookings for the Conference can be made by contacting Strokestown Park House at  071-9633013.