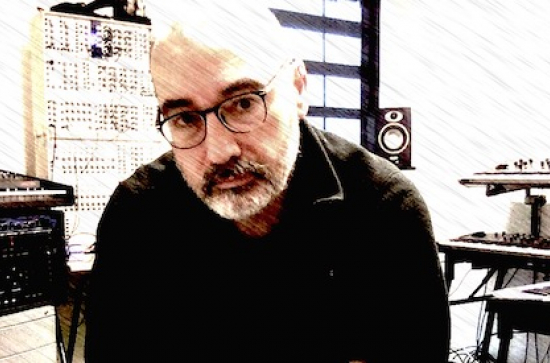 Abstract: Contemporary music, that is the music made today, independent of any genre, is arguably produced with a significant amount of effort in spectral design. While we could perhaps consider that such concerns have always been part of music making, they are definitely central to it at this point in time. This seminar will explore, through a look at the music of the 20th and 21st century, how this came to pass. Starting with a shift from tonal-functional structures to a focus on the sonic qualities of musical materials, the history of musical invention in the last hundred years can be described a gradual conquering of the spectrum. The forces of recording and broadcasting technology played a significant role in this, as did the rise of electronic and computer music practice. The seminar will attempt to trace all these elements, sources, and streams, which together form the river that is today's spectrally-designed music.

Bio: Prof. Lazzarini is a graduate of the Universidade Estadual de Campinas (UNICAMP) in Brazil, where he was awarded a Bachelor of Music in Composition. He completed his doctorate at the University of Nottingham, UK, where he received the Heyman scholarship for research progress and the Hallward composition prize for a large-scale work, Magnificat. His interests include musical signal processing and sound synthesis; computer music languages; electroacoustic and instrumental composition. Dr Lazzarini received the NUI New Researcher Award in 2002 and the Ireland Canada University Foundation scholarship in 2006. He has authored over one hundred articles in peer-reviewed publications in his various specialist research areas. He is the author of Aulib, an object-oriented library for audio signal processing, and is one of the project leaders for the Csound sound and music programming system.

Prof. Lazzarini has forged links with Industry, providing consultancy and research support to Irish companies in the area of computer music and running an Enterprise-Ireland funded commercialisation project. In addition to these activities, he is active as a composer of computer and instrumental music, having won the AIC/IMRO International Composition prize in 2006. His music is regularly performed in Ireland and abroad, and has been released on CD by FarPoint Recordings. Recent publications include Computer Music Instruments: Foundations, Design and Applications (Springer, 2017), Computer Music Instruments II: Realtime and Object-Oriented Audio (Springer, 2019), and ‘Parallel Computation of Time-Varying Convolution’ (Journal of New Music Research 2020). He recently completed Ubiquitous Music Ecologies (with D. Keller, N. Otero, and L. Turchet, 2020), as well a new research monograph for Oxford University Press, Spectral Music Design: A Computational Approach (in press).