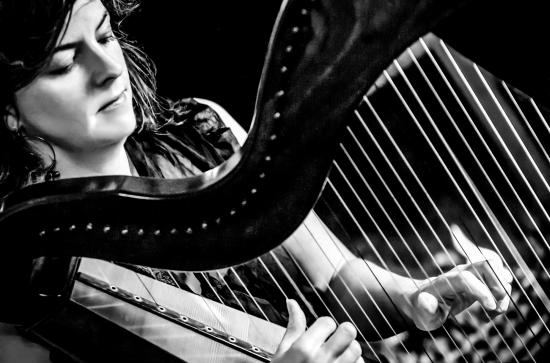 Laoise was a founding member of traditional group Bumblebees with whom she recorded two albums and toured extensively. She is a founding member of Fiddletree a group from America, Cape Breton and Scotland who play 8 instruments made from the same tree; they have two albums to date. Her latest album release is Ar Lorg na Laochra with Monaghan Uilleann piper Tiarnán Ó Duinnchinn.

Laoise composed new music for a co-commission of the National Theatre of Scotland and The Abbey, Dublin in 2018 for Theatre Gu Leòr’s Scotties. She was Musical Director on Brendan Beehan’s The Hostage and Seán O’Casey’s Purple Dust with Glasgow theatre company Arches at the Edinburgh Festival. She toured with NY-based Mabou Mines' award winning production of Peter & Wendy to the Edinburgh Festival and the Old Vic, off Broadway.

She has performed for Irish Presidents Michael D. Higgins, Mary Robinson and Mary McAleese; HRH Prince Andrew at the commemoration of the Battle of Kinsale; for the twenty-five EU Heads of State and Presidents in Dublin. She is honoured to have represented Ireland at the World Harp Festival in Paraguay.

Laoise was the winner of the Waterford Crystal harp at the Belfast Bicentennial Harp Festival 1992.

She has featured on numerous TV and radio programs both in Ireland and internationally including RTÉ’s A River of Sound, The Late Late Show, Eurovision; BBC’s Folkworks UK Harp tour Documentary, Colmcille sessions, and many of TG4’s music programmes. She recently presented an RTÉ Radio 1 programme of highlights from Viljandi Folk Festival in Estonia where she had also performed.

“Laoise Kelly is a young harpist with the disposition of an iconoclast and the talent and technique of a virtuoso.” Irish Times

“Her right hand fires out tunes with a fluidity, creativity and clarity that has revolutionised the harp as a solo instrument; her left hand is the source of a new voice in the world of accompaniment and groove, rooted in her engagement with the contemporary world of guitar, bouzouki, bódhran and keyboard while being distinct in its own right. Laoise has made it OK for a harp to sit in the centre of the session and be the heart of the trad band headlining the festival.”  Niall Keegan, Irish World Academy, UL.