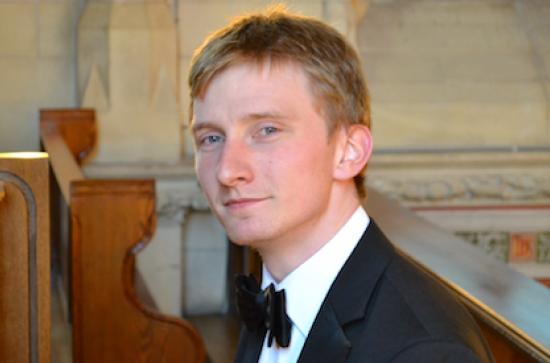 David Grealy, a native of Galway, is Associate Organist at St. Mary's Pro-Cathedral, Dublin, having previously held positions at Westminster Cathedral, St. Bartholomew's Church, Dublin, and Galway Cathedral. In 2017 he completed a Masters in organ performance at the Hochschule für Musik und Tanz, Cologne, during which time he was also an organist in the church of St. Peter & Paul, Ratingen, where he studied improvisation with Ansgar Wallenhorst. He is also a first-class honours graduate of Maynooth University (2008), where he studied organ under Prof Gerard Gillen, and where currently works as a tutor. David is regular demand as an accompanist, both in Ireland and abroad, and in August 2018 was organist for the Papal Mass celebrated in the Phoenix Park, Dublin.

The programme will include works by Alain, Reger, and Ravel.