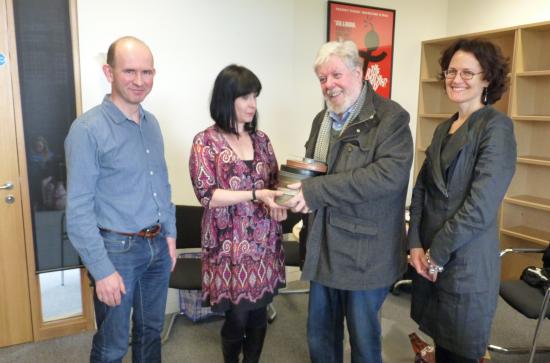 The films were made by Maire’s uncle Fr Edward Moriarty, who left Dingle for America in 1908. He became a Monsignor in Pittsburgh and remained there until his death in 1961. He filmed his visits to Ireland throughout the 30s, 40s and 50s; they feature the Eucharistic Congress, Glasnevin cemetery, and Slane Castle. IFI Irish Film Archive staff will inspect, catalogue, and digitize the films, preserving the originals in climate-controlled vaults.