Tick Tock – Why change the clock? 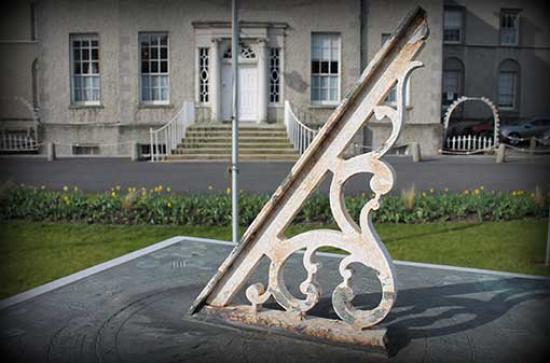 Before going to bed on Saturday night, households across Ireland will advance the clock forward by an hour. But the reason for the change to ‘Summer Time’—and how it has evolved—is something Dr David Malone of Maynooth University has been following for many years.

“People may not be aware that the concept of putting clocks forward was first introduced during World War I in order to save energy and resources. It made better economic sense to wake and work during daylight hours, eliminating the need for electricity and power. The idea was first introduced by the Germans during the War and subsequently adopted by Britain in 1916, with the United States following in 1918. At the time Ireland was under British rule, so it was simply implemented here in parallel.”

Every few years the EU re-evaluates the rationale behind changing the hour for the summer and winter seasons; according to Dr Malone there are many arguments for and against. “Over the years, the arguments have ranged from reducing energy and costs, maximising daylight hours during the warmer summer months, reducing traffic accidents and crime, impact on mental health, and that air quality in Mediterranean countries can be better in the evenings. Some studies have shown that the change has a negative effect in terms of our systems trying to adjust to the change. While the arguments have changed, the EU is still positive about it, particularly because it gives more daylight in the evenings for our leisure activities.”

Dr Malone says that the background to how we record time also is fascinating.

“For thousands of years, people used sundials to tell the time—where the height of the sun and length of the shadows were important markers of the seasons and the days—but the system led to many variations in time within and across states. We really needed a better system and so we gradually developed it.”

With the advent of the railway and faster and further travel, the lack of uniform local times in towns and station stops was a major issue, with accidents and near misses common, and timekeeping a recurring problem. The introduction of ‘Railway Time’ was a standardised arrangement first applied by the Great Western Railway in England in November 1840, the first recorded occasion when local times were synchronised.

In Ireland, the Statutes (Definition of Time) Act in 1880 defined Dublin Mean Time as the legal time for the country, which was based around the local mean time at Dunsink Observatory outside Dublin, and was about 25 minutes 21 seconds behind Greenwich Mean Time (GMT). After the Easter Rising in 1916, the time difference between Ireland and Britain was deemed inconvenient for telegraphic communication and the Time (Ireland) Act in 1916 declared Irish time would be the same as British time.

Dr Malone points to some variances along the way. “Ireland fell out of synchronisation with Britain during World War II, with the introduction of ‘Double Summer Time,’ when the clocks were advanced by two hours across Britain to allow more work to take place during daylight hours. This resulted in droll letters to the paper, pointing out that when Aer Lingus offered a Dublin-Belfast route, one could leave Belfast at 10, and arrive in Dublin at 9:30, apparently before every departing.

The energy crisis in the 1970s saw ‘Daylight Saving Time’ (DST) become widespread across Europe and North America, and in 1980 the European Union began the harmonisation of daylight saving across Europe, which runs from the last Sunday in March to the last Sunday in October. However, the United States continues to introduce its DST three weeks earlier than in Europe, ensuring that the sands of time continue to shift.