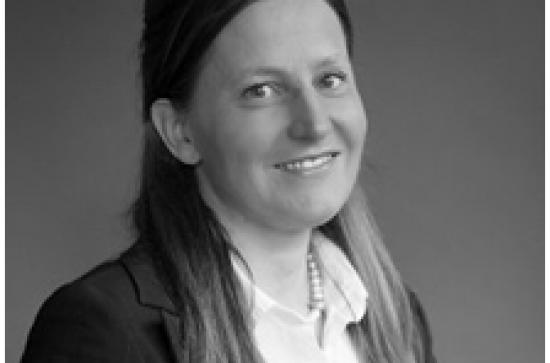 Ursula is a founding partner of TippMcKnight Solicitors a full service law firm based in Dublin. Ursula is qualified both as a German Rechtsanwältin and an Irish solicitor, and has practised in a number of law firms across Europe, EU institutions and a large international company.
She has experience in a broad range of commercial areas that complemented her extensive knowledge in the areas of taxation and investment into Ireland. She combines this extensive network with her business acumen to help create business opportunities for her clients. She is fluent in English, French and German and is a regular speaker at legal and tax conferences in Europe and the United States. Ursula is a Director and Council member of:

Chambers & Partners Europe 2013
Ursula Tipp of TIPP-McKNIGHT Solicitors is described as “a prompt and comprehensive lawyer: she goes beyond what we ask and proposes alternatives that we have not thought of.” She is also German-qualified and regularly advises German clients on their activities in Ireland.

Legal 500
Ursula Tipp has ‘rare international expertise and perspective which is difficult to find’, and gives advice which is ‘second to none’. Clients range from overseas companies to high-net-worth individuals.

Awards
Winner of the Client Choice Award for Corporate Tax in 2012 and 2013.

Other activities
Ursula Tipp is a Lecturer with National University of Ireland Maynooth (Maynooth University) and regular commentator on radio and TV.