The Department of Law celebrates its 10th Anniversary! 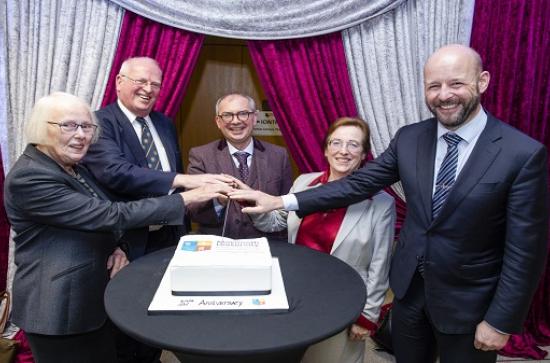 The Department of Law celebrated its 10th Anniversary on November 7th, with guest speakers and a gala reception. The Department marked this milestone by hosting a panel discussion entitled ‘Reflections on a Decade in Law’. The speakers were Ms Justice Mary Laffoy (President of the Law Reform Commission, and Adjunct Professor at Maynooth University); Senator Michael Mc Dowell (Senior Counsel, and former Minister for Justice, and Dr Carol Coulter (former Legal Affairs Editor of the Irish Times, and Director of the Child Care Law Reporting Project). Prof Michael Doherty, Head of the Law Department, moderated a lively discussion, during which the speakers reflected on developments in court reporting and the impact of social media on court proceedings, the place of the child in family law proceedings, and the role of the victim in the criminal law process. The event was attended by Maynooth alumni from the past decade, current students, and friends and colleagues from Maynooth and beyond