‘True crime and the historian’ 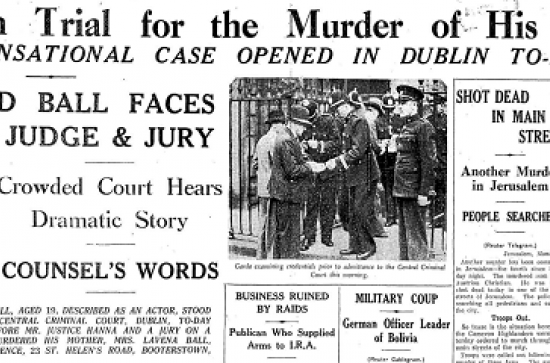 The disappearance of Mrs. Lavinia Ball in Co. Dublin in February 1936 aroused massive public interest, which was further fuelled by the subsequent trial of her son Edward, who was charged with matricide. These dramatic events were witnessed by a teenage Richard Cobb, who would later become one of the twentieth century’s most celebrated historians. This presentation examines these disturbing events, assesses its wider significance in Irish social history and investigates its role in forming Richard Cobb as an historian and writer.

Speaker
Laura Brown lectures at the Military College in the Defence Forces Training Centre in the Curragh, Co. Kildare. In 2021 she was awarded a PhD for her thesis on the Anglo-Egyptian Sudan. As an historian her research interests include military history, imperialism and material culture. She is currently engaged in research on terrorism, with a particular focus on right-wing ideological convergence.