Humanitarian Containment: Austria-Hungary and the Origins of Modern Refugee Camps in the Era of the First World War 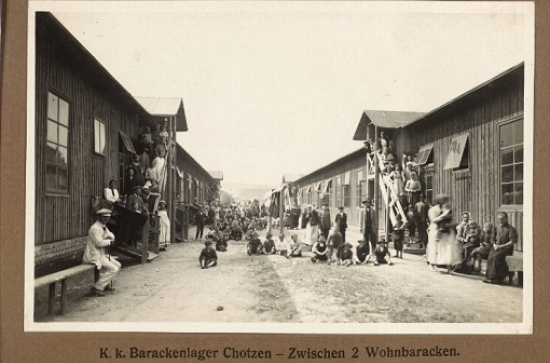 Abstract
The First World War generated the forced displacement of over 1 million people across the Austro-Hungarian Empire. State authorities responded to this displacement crisis through the establishment of a network of refugee camps designed to contain this mobility. As the war went on, refugee camps shifted from temporary spaces of containment to permanent structures of humanitarian intervention and welfare policies. This talk explores the emergence and transformation of refugee encampment in wartime Austria-Hungary as a tool of displacement governance. Through this, it examines the meaning and the birth of the modern refugee camp in the era of the First World War. This research is part of the European Research Council Consolidator Grant project “Unlikely Refuge? Refugees and Citizens in East-Central Europe during the Twentieth Century,” Masaryk Institute and Archives of the Czech Academy of Sciences.

Speaker
Doina Anca Cretu is a historian of foreign aid, migration, and human rights. Her work is at the intersection between international history and modern history of Central and Eastern Europe. She is currently a Research Fellow within the ERC Consolidator Grant “Unlikely Refuge? Refugees and citizens in East-Central Europe during the Twentieth Century,” hosted by Masaryk Institute and Archives of the Czech Academy of Sciences.  Anca holds a PhD in International History at the Graduate Institute of International and Development Studies and was previously a 2019-2020 Max Weber Postdoctoral Fellow at the European University Institute in Florence, Italy. She also held visiting positions at University of Oxford, Institute for Human Sciences in Vienna, and the Graduate Center, City University of New York. She is currently working on her first monograph, preliminarily titled In Quest of an Ideal: Foreign Aid and State Building in Interwar Romania.