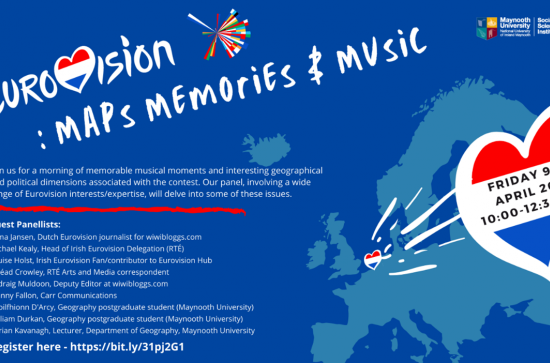 The (almost) annual Eurovision conference, organised by Electoral Geography Group Maynooth and with the phenomenal assistance from Maynooth University Social Sciences Institute (MUSSI), made a return in 2021 following its cancellation in 2020. Held in conjunction with the EUGEO organised ‘Night of Geography’, in typical rebellious EGG fashion, the virtual conference took place in the Irish morning time from 10:00-12:30. However, with Eurovision fans from not only Ireland in attendance, but also countries such as Ukraine and Australia, it was night-time for some attendees, and in turn technically Night of Geography. Eurovision: Maps, Memories and Music, titled appropriately in homage to Ireland’s 2021 entrant Lesley Roy’s ‘Maps’, explored discussions surrounding Eurovision past and present, geographical voting patterns, the role of women, LGBTQ+ community and ethnic minorities in Eurovision past and present. The panel consisted of Head of Irish Eurovision Delegation in RTÉ Michael Kealy, RTÉ Arts and Media correspondent Sinéad Crowley, Dutch Eurovision journalist for wiwibloggs.com Esma Jansen, Deputy Editor at wiwibloggs.com Padraig Muldoon, Contributor to Eurovision Hub Louise Holst and Carr Communication’s Johnny Fallon. 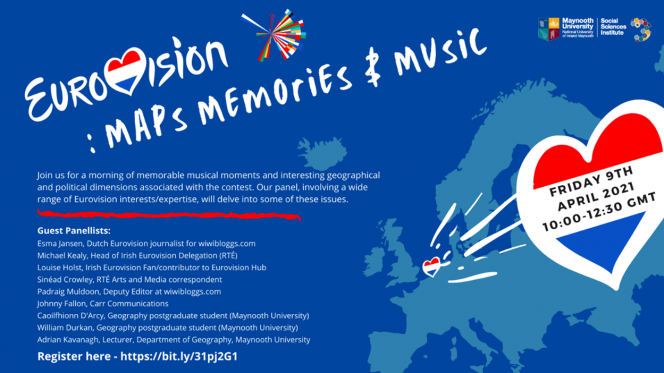 The opening panel, Music and Memories, involved all panellists exploring their memories of the Eurovision Song Contest (ESC), as well as discussing the role they currently play in relation to the ESC. Michael Kealy gave insights into the ‘behind the scenes’ of the Irish internal selection process and the pros and cons of selection processes. Sinéad, Louise, Pádraig and Esma offered an interesting journalist perspective on the competition, highlighting the excitement of travelling to ‘Eurovision Land’ and getting to report on the exciting contests and meet the hard-working participants. Johnny Fallon offered a PR take on what potentially makes a perfect act in the Eurovision with a recommendation for Lesley Roy’s staging to include burning maps and flamethrowers, offering Michael Kealy something to consider for Rotterdam. Fond memories of working in Eurovision for panellists included the incredible venue in Norway, getting to interviewing Linda Martin at the 2017 Maynooth Conference, and Johnny Logan’s performances at the contest, to note a selection of these. 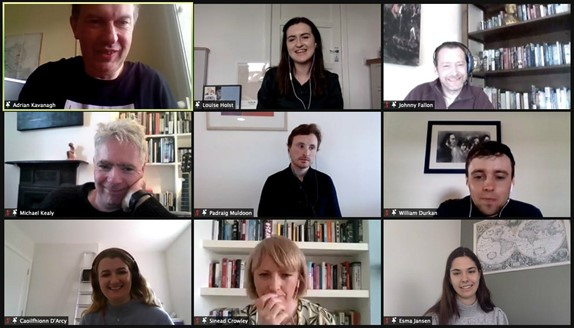 Following a brief interlude of a mix of 2021 entrants, the second panel Maps and Music commenced with Maynooth Geography Department’s Eurovision expert, Adrian Kavanagh, highlighting some interesting voting patterns with his analysis of the voting patterns in previous Eurovision contests. EGG member William Durkan then chaired a discussion with panellists on the voting patterns and the voting behaviour of jury members and the televote. The audience contributed some valuable questions allowing the panel to explore how Australia is viewed in the Eurovision world and create discussion on political factors in voting.

Plate 3: William Durkan chairing the panel Maps and Music with all conference panellists

Caoilfhionn D’Arcy chaired the third panel, Is Eurovision a Home for Diversity?: Women, LGBT+ and Ethnic Minorities at Eurovision with fascinating contributions from Louise, Sinéad and Esma on the representation of women in Eurovision acts and in other Eurovision roles such as journalism and blogging. The panel highlighted the importance for women to become involved in a male dominated setting and discussed strong women Eurovision acts with Louise noting Russia’s 2021 act, Manizha’s use of language and culture in ‘Russian Woman’. Padraig and Johnny joined the panel discussion on the importance of visibility of LGBT+ and ethnic minority participants and the use of culture in acts. The panel added how Eurovision offers a word stage platform for those in a minority to showcase themselves. The importance of the visibility of acts representing minority groups and culture was repeatedly mentioned throughout. The panel concluded with discussion on how the cancellation of last year’s contest impacted acts which represented minority groups and how in turn, it impacted those who are represented by such acts on a world stage. 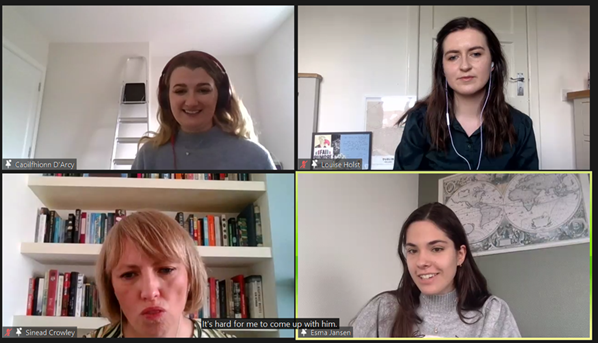 There was a quick outfit change (it is Eurovision after all) for Adrian Kavanagh into a t-shirt paying homage to Latvia’s 2018 entrant Laura Rizzotto, before he chaired the final panel ‘Eurovision Song Contest 2021: New Music, Memories…. And Maps’, where all the guest panellists were involved, as well as EGG members, William and Caoilfhionn. Favourites and potential winners of the 2021 contest were explored ranging from Malta’s Destiny (Je Me Casse) to Greece’s Stefania (Last Dance) – a personal favourite of two of the EGG members – with the potential of a ‘surprise’ win for Lithuania’s The Roop also noted. Panellists noted how this year’s contest might cause difficulty for participants who can’t attend in person and will have to perform remotely instead, and the implications of not having the full ESC staging resources might have on some of these participants, with Michael Kealy noting the impact it could potentially have on Ireland should they not be able travel to the contest. 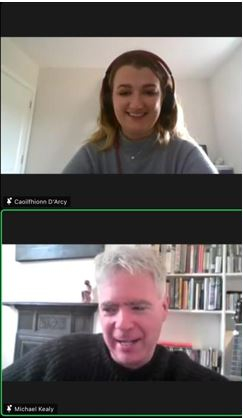 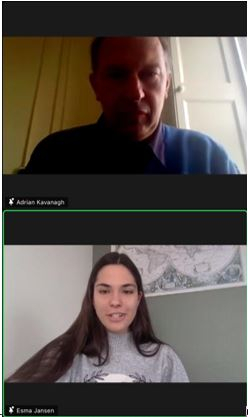 Closing with one of the highly popular entrants amongst the panellists, Lesley Roy’s ‘Maps’, it drew an end to EGG’s hosting of the Maynooth University Eurovision conference for yet another year. Thanks to the trojan assistance from Anne Hamilton Black and Orla Dunne from the Maynooth University Social Sciences Institute (MUSSI); without which, the online conference would not be possible.

Be sure to tune into the 2021 Eurovision Song Contest from Rotterdam, with Semi-Finals on 18th and 20th May and the Grand Final on 22nd May.

Missed out and want to catch up on Eurovision: Maps, Memories and Music? Watch on here YouTube.