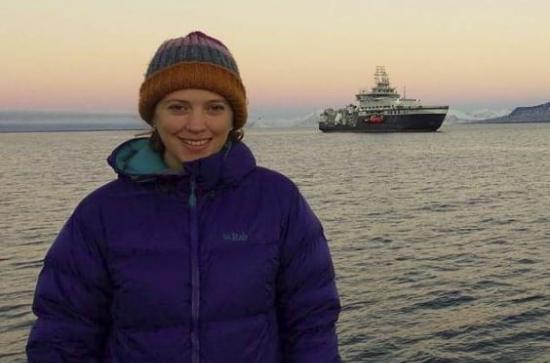 The position of storm tracks and the intensity of storms during winter influence the climate of Europe and the North Atlantic. Whether storm tracks cross northern or southern Europe is related to the North Atlantic Oscillation index, which is a pressure pattern that varies in amplitude over annual-decadal timescales. Palaeoclimate research has provided some evidence that storm tracks, the North Atlantic Oscillation and the intensity of storms has varied over long, centennial to millennial timescales, although there is debate about the timing and nature of these changes. In this presentation reconstructions of past storminess, developed by measuring windblown sand deposits in sediment cores from peatbogs, will be shown and used to infer the past shifts in the storm track. Furthermore, evidence will be presented highlighting that surface ocean temperatures and circulation within the subpolar North Atlantic may have been influenced by the millennial shifts in atmospheric circulation over the last 5000 years.

Lisa Orme completed a Physical Geography degree and Masters in Quaternary Environmental Change at Aberystwyth University, where she became interested in researching past climate changes. She then did a PhD at the University of Exeter researching how storminess varied in Europe over the last 4000 years. During this research she developed reconstructions of storminess using wind-blown sand preserved in peat bog and lake sediments from the Outer Hebrides and Spain. Following this Lisa spent a year working as a research assistant on a large project about past changes in peatland carbon accumulation. Lisa then joined the Norwegian Polar Institute in Tromsø to carry out postdoctoral research at as part of a project researching interhemispheric teleconnections. She created records of past sea surface temperature by analysing diatoms within marine sediment cores from the North Atlantic and Southern Ocean. She has now joined the Department of Geography at Maynooth University as a Physical Geography lecturer.
Seminar: Lisa Orme 22nd November