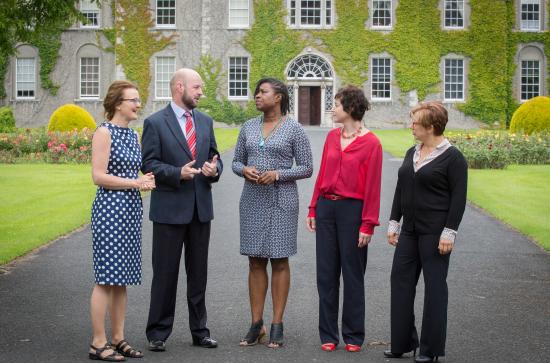 Many first and second generation migrants face significant disadvantages when it comes to education, according to evidence to be presented today at Maynooth University. The fifth annual Maynooth University Education Forum will see leading international experts demonstrate migrant students are adversely affected by a range of factors, including language proficiency, socio-economic inequality, and teacher expectations.

For Professor Irena Kogan, University of Mannheim, these inequalities manifest themselves in student performances across a range of competences. Across the OECD, first generation migrants perform on average 10% worse than students without a migrant background when it comes to reading performance, and they are also typically outperformed by non-migrant students in science.

Ireland is slightly ahead of the OECD curb in this respect. In science, the data shows there is little difference between students from migrant and non-migrant backgrounds. However, a significant gap can be observed between these groups when it comes to reading performance. This gap, while still below the OECD average, is highly concerning.

Discussing these results Professor Kogan says: “There are many factors that contribute to the performance gaps between migrants and their peers. Language proficiency is obviously an important one, but there are also economic considerations that play an important role. Students from non-migrant backgrounds are more likely to have access to tutoring and learning supervision. Migrant are also effected by ethnic and socio-economic segregation, which often concentrates large numbers of them in poorer quality schools.”

Although the data reveals many challenges for students from migrant backgrounds, Professor Kogan also highlights some advantages they have over other young people: “Looking at the cohort that comes into Irish education from overseas, you see they often have higher educational aspirations than their peers. Migrants who choose to leave their home countries to pursue a better life elsewhere have demonstrated that they are highly motivated, and they often bring with them a drive towards upward mobility and a higher value of education.”

Professor Frances McGinnity, ESRI, also observed disparities across key performance indicators between students born outside of Ireland and their Irish-born peers. Evaluating mathematical test scores, there is a gap of 13.8 points in performance between second class students born outside of Ireland and their Irish born peers. This gap was observed to shrink when looking at sixth class students; however, the data is unclear on whether this is due to migrant students “catching up” or compositional differences between migrant groups.

Discussing the results, Professor McGinnity observed: “These finding suggest monitoring of both spending on English language provision and the effectiveness of such provision are important elements to facilitate the integration of migrant children in Irish schools. However, the research also points to some of the challenges for researchers and schools in Ireland. The fact that we do not have a long history of immigration in Ireland and the diversity of the group means there is a lot more work to do on this going forward.”

The Education Forum also heard how differing expectations from teachers plays a role in determining the performance of migrant students. Professor Kogan points to a 2016 study from Germany, which shows teachers expect lower performances from their Turkish students in German and Mathematics. Students from better off backgrounds are typically expected to perform better.

Professor Kogan said: “There is an element of self-fulfilling prophesy in this situation. Students perform in accordance with their teachers’ expectations. Positive expectations lead to better academic performance.  Education is a two-sided process, and teachers need to be wary of pre-empting student competence and capabilities.”

This is reflected in a story told by Dr Zelia Gregoriou, University of Cyprus, who presented on political attitudes to integration: “Students are keenly aware when they are viewed differently.  While speaking to a migrant child at a multicultural school about her trajectory through school, she interrupted me to ask if I went to other schools and whether they use the same book in physics. She wanted to know then if they were on the same chapter and solved the same problems. She was concerned that her class might have been taught easier things, because they are multicultural.”