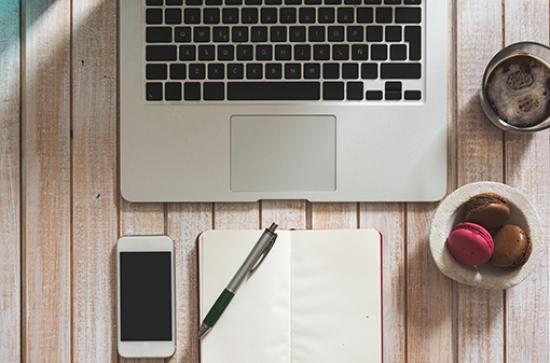 The French are a great deal less sensitive about their language than is generally assumed, according to the first significant study of France’s relationship with English since the 1990s.  In L’anglais en France, Dr Kathleen Shields, Maynooth University Department of French Studies, challenges our assumptions about how the French view the influence of English on their society.

Dr Shields’s research is the first-ever qualitative study of French blogs for attitudes towards the English language.  She examined over 300 blog posts and articles about English, written in France, over a ten-year period from 2005 to 2015.  The study also looked at comments made by visitors to these blogs.

The qualitative study revealed an attitude towards the English language that contradicts the old stereotypes about the French and their language.  Discussion of the role of the English language in French culture was prevalent in blogs dedicated to cinema, parenting, education, travel, and politics. Dr Shields found that in many cases a distinctly pragmatic approach to language was evident.

Surprisingly, in cinema, where legislators since Mitterrand have historically acted to protect the prioritisation of the French language, less than 5% of those writing about the role of English in French cinema expressed negative opinions.

Dr Shields notes: “In cinema, where you might expect to see examples of linguistic sensitivity, I didn’t observe a great deal of concern about the increased influence of English language films being produced in the country.  The grants given to directors like Luc Besson who choose to work in English have not been the subject of much outcry.  Interestingly, more people appear to be bothered by English’s growing prevalence in advertising, which they find annoying.”

As Dr Shields said: “Across these blogs, language is largely understood as a tool, and the role of English in French society is generally accepted.  English is taught from primary school and plays a central role in all three levels of the education system.”

This change reflects a cultural shift in the last twenty years. Up to 2000, antipathy towards the English language was part of a broader anti-American discourse that has grown less prevalent in recent years. Globalisation and the arrival of the internet have also transformed the role played by English in France. There are an estimated 23 million English speakers in France, which amounts to almost a third of the population.

The use of English in France still has a distinctly political significance.  It is viewed as a cultural signifier associated with the Parisian elite and their globalist pro-European outlook.  In the recent Presidential election, Marine Le Pen’s far right National Front party notably criticised centrist candidate Emmanuel Macon’s use of English in a speech delivered in Berlin.

Dr Shields notes: “There are many ways in which you can engage with language.  In certain cases, it is an everyday resource, while, in other instances, it can be a symbolic object.  I chose blogs because they were a searchable form of publishing that allow for authors to develop their own theories on language and for political debate to emerge.  Most authors were pragmatic and took the view that a language’s value depends on how users wish to use it and what they want to use it for.”