Aideen Elliott is a PhD candidate in the Department of Anthropology at Maynooth University, and is co-supervised by Dr. Mark Maguire (Anthropology) and Prof. John O’Brennan (Sociology).

Aideen received her MA in Social Anthropology of Development from SOAS, University of London where she conducted research on anti sex-trafficking policy. Her PhD research 'Beyond the Borders: EU Migration Policy Making' has been awarded the Irish Research Council (IRC) Government of Ireland Scholarship. Her study uses extensive fieldwork in Brussels to examine EU migration policy from the perspectives of the policy makers and influencers, exploring the ways in which migration policy is perceived, conceived and lived by those charged with policy making and professionally implementing it. She contributes opinion pieces to The Irish Association for Contemporary European Studies (IACES) https://www.iaces.ie/

Anthony Farrell is working on a PhD to research into the later lives of disabled ex-British veterans of the Great War in the Irish Free State. The project compares and contrasts with the experiences of disabled veterans across Europe in both established and newly formed states.

Anthony holds a John and Pat Hume scholarship in the Department of History at Maynooth University and was the winner of the  Military Heritage of Ireland Trust annual award 2015 for post-graduate research into the military heritage of Ireland for an essay entitled 'A Brief Outline of the Development British Military Pensions in Ireland, 1914-22.'

His other research interests include reconstruction and reconciliation when wars end, the influence of the natural and man-made environment on modern conflict and the use of technology in modern warfare.

Dilyana Kiryakova-Ryan is working on a PhD with Prof. John O’ Brennan in the Department of Sociology. Dilyana graduated with a degree in Turkish and French Philology in "St. Kliment Ohridksi" University Sofia in Bulgaria. She holds a MA in Turkish Studies from Leiden University (the Netherlands) and an MPhil in Race, Ethnicity, Conflict from Trinity College Dublin.

Dilyana’s educational formation in languages and social science led her to her doctoral project, which investigates the impact of European integration on the development of democratic society in the post-communist context in Bulgaria. She is particularly interested in the potential of art (as the nexus of body/mind expression) and informal education practices to develop democratic social relations. Inspired by post structural thought, her work explores theoretical pathways as critical tools to interrogate democracy and civil society. 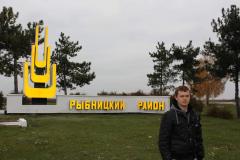 Keith Harrington is engaged in PhD research, supervised by Dr. John Paul Newman and Professor John O’Brennan, which examines the causes of the conflict between Moldova and its separatist territory Transnistria, which unfolded between 1989 and 1992. The research focuses specifically on the linguistic dimension of the conflict.

Keith is also deeply interested in post-Soviet politics, from the onset of glasnost and perestroika to the present day, with a particular interest in the dynamics of separatism and separatist movements and so-called ‘frozen conflicts’.

Keith holds a honours degree in History from Maynooth University. In the Summer of 2018, he was awarded the prestigious NUI Travelling Studentship in Humanities and Social Sciences to support his work on Moldova-Transnistria.

Oleg Chupryna is currently enrolled in the PhD programme, under the supervision of Professor John O’Brennan in the Department of Sociology.

His academic career began in Ukraine where he studied History and Social Sciences at Kharkiv Karazin National University. After having completed his studies, Oleg worked as an assistant professor of Politics and Modern European History at the TUCA State University of Kharkiv. Subsequently, he moved to Ireland where in 2016-2017 he completed the HDip. in Further Education at Maynooth University. He taught Politics at Dundrum Adult Training Community Centre. Oleg is fluent in English, Spanish, Russian and Ukrainian.

Sandor Magyarosi is a third-year PhD student in History, under the supervision of Dr. John Paul Newman. He completed an MA in Central European History at the Central European University, Budapest, and a second MA in Military History and Strategic Studies at the Maynooth University. His research interests include aspects of both the First and the Second World War, the experiences of the rank-and-file on the eastern front, as well as the history of nationalism and state socialism in Eastern Central Europe.

Sven Milekić is engaged in doctoral research on Croatian war veterans from the 1990s wars of Yugoslav Succession in the Department of History. His project is entitled “Defenders of the Homeland: How Croatian Veterans of the War of the 1990s Kept the Dominant War Narrative Alive“. His research interests include conflict resolution, the politics of memory and memory studies in general, historical revisionism, nationalism, and transitional justice.

Sven has worked as a reporter and later Coordinator, for the Balkan Transitional Justice Programme in the regional media network Balkan Investigative Reporting Network (BIRN). He also worked as the Coordinator of the Transitional Justice Programme in the Zagreb-based NGO, Youth Initiative for Human Rights. Sven is a graduate of political science at the Faculty of Political Science on the University of Zagreb.