Inter-department conference | The (re)Birth of Marx(ism): haunting the future 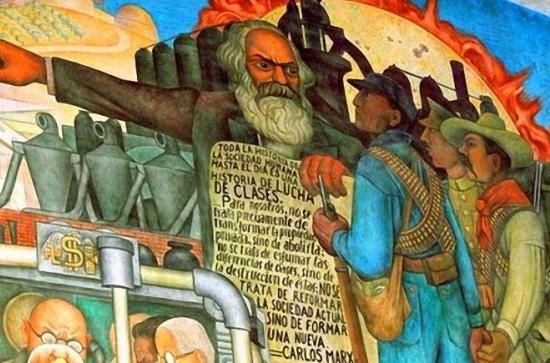 May 5, 2018 will be Marx’s 200th anniversary – one among many anniversaries which remind us of Marx and Engels’ long-lasting impact on the modern world. As we send this out, we are sandwiched between the 150th anniversary of Capital and the 100th of what Gramsci called a “Revolution against Capital” in Russia. Our conference includes the May Day bank holiday, celebrated by the traditional labour movement – but it also marks the 50th anniversary of the start of “May 1968” in Paris, while “Ireland’s 1968” is sometimes dated to the violent suppression of a civil rights demonstration in Derry, five months later.

Marx’s work dramatises one of the most vital impulses in contemporary thought and politics, a spectre haunting not only Europe but the world: it is invoked by social movements and trade unions, parties and governments representing a bewildering variety of political approaches; by researchers and teachers in many different disciplines, reading Marx in many different ways; by pundits and critical journalists from the very soft left to the radical fringe; as well as an afterlife in films and music, streetnames and museums from the celebratory to the condemnatory. Within or in dialogue with feminism or postcolonialism, ecology or anti-racism, psychoanalysis or literature, Foucauldians or anarchists, struggles for global justice or GLBTQ+ liberation, Marxist voices and echoes of Marx continue to contribute to popular and intellectual attempts to understand and transform the world.

This major international conference at the National University of Ireland Maynooth, near Dublin explores Marx and Engels’ far-reaching different contributions to analysis and political practice, the ways in which their lives and work helped shape history and culture around the world, the many different strands and meanings of “Marxism”, and how we can understand the legacy and ongoing relevance of Marx today, in a world which has changed so much but which – as many have commented in recent years – he would have had no difficulty in recognising. How can Marxism continue to contribute intellectually and practically to critique, understanding and transformation, in Ireland and globally?

Our keynote speakers for the conference are two authors and activists whose work has had an impact around the world: the Italian philosopher Toni Negri, a major figure in leftist thought and debates for half a century, and the American political scientist Jodi Dean, one of the most influential of a younger generation seeking to refashion Marxist ideas today. They exemplify the diversity which this conference seeks to support and celebrate: not the search for a single “true Marxism” but a dialogue of critique as well as solidarity between different traditions, and between theory and practice.

Marx and Engels’ engagement with Ireland exemplifies some of the diversity we seek to express: from Engels’ love for the Burns sisters and exploration of Manchester’s “Little Ireland” to Eleanor Marx’ support for the Fenians, and from Marx’ analysis of the economics of Irish soil to his conviction that the “Irish Question” was central to working-class emancipation in England, we do not find a single, simple idea but a living engagement with complex realities in need of dialectical connection and political transformation.

The papers include contributions from activists as well as academic researchers.We have invited presenters to speak to the very diverse audiences – of scholars, activists and students, people working in different disciplines and movements, from different countries and different Marxist and other traditions – we expect for this conference. We encourage people to attempt prove the “this-worldliness” of their thinking – and Marxism! – for these different fields, to create a lively and challenging space for discussion. What if anything is the value of Marxism today?

The conference starts mid-morning on Friday 4th May and run through to Toni Negri’s keynote that evening. Saturday’s events start with Jodi Dean’s keynote and run until just before dinner. On Friday and Saturday evenings dinner and social options will be available; details will be added here as we have them confirmed. On Sunday morning there will be an oral history walking tour of inner-city Dublin. (Full programme with exact timings and other conference events available soon.) If travelling from abroad, both Maynooth and Dublin also work well as bases for independent travel and exploration.

For more details, see the list of papers; the location and travel details; information on our keynote speakers; and contact details. You can book tickets for the conference online (free for MU students and the Toni Negri keynote; cheap for non-academics and precarious academics!)

The organising committee is made up of (alphabetically) Colin Coulter, Laurence Cox, Fergal Finnegan, Sinéad Kennedy, Chandana Mathur, Conor McCarthy and Eamonn Slater, representing a range of academic disciplines, Marxist traditions, political affiliations and none. The conference is supported by the departments of Anthropology, English, Geography, Philosophy and Sociology at Maynooth University as well as by the Dean of Social Sciences, MU’s Conference and Workshop Support Fund and the Sociological Association of Ireland. It is also supported by MU as part of the MU Commemoration Committee 2018 Programme.

This conference is co-funded by the Departments of English, Anthropology, Sociology, Philosophy and various University funding sources.