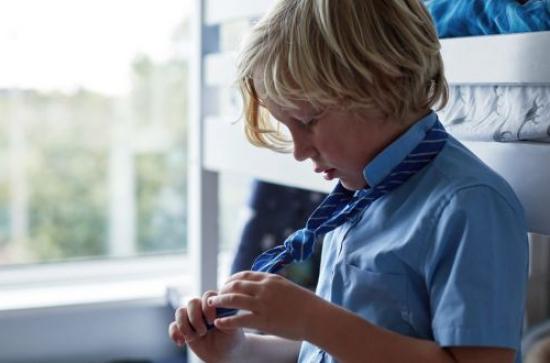 Choosing a good school for their child is a key decision for parents. In making their choice, parents often rely on outcomes such as the average exam performance of students in a school. However, when students non-randomly select into schools according to prior ability or other socioeconomic factors, such outcomes partly measure the prior ability or family background of the student body rather than the contribution of a given school. New research by Maynooth labour economists Dr. Aedín Doris, Prof. Donal O'Neill and Dr. Olive Sweetman tackle this issue and provide estimates of the value added of Irish second-level schools and examine the implications of this for school choice.

Using data from the Growing up in Ireland survey the study follows more than 8,500 children from primary into 627 secondary schools, collecting information from the children, their parents, their teachers and looking at their Junior Certificate results. Children from wealthier backgrounds and without behaviour problems, for example, generally do better than less well off children. Family background is also a key factor, for example children whose parents went to university tend to do better. The study uses these data to control for compositional differences in student intake across schools, allowing a judgement to be made on the “ value added” of a school.

League tables of “ feeder schools” into third-level education, looking at the raw figures, show that private, fee-paying schools tend to achieve better results and thus get a higher proportion of students into third-level. The same applies for Junior Cert results, according to the Maynooth research.

However, when Doris, O'Neill and Sweetman looked at value added, taking into account where the students are starting from in terms of ability and background, they found much less variance than in the raw, unadjusted data which just looked at results by school. For the most part the schools who did worst in the unadjusted scores performed much less poorly in terms of “ value-added” for their student intake. The strong performance of top-ranking schools was much less evident, including fee-paying schools.

So what factors determine how well schools do?  Schools with female principals tend to do relatively well, perhaps reflecting different leadership style. While some fee-paying schools do continue to rank highly on measures of value added the paper concludes that “ fee-paying schools as a group perform no better than other second-level schools.” Furthermore many other variables – such as school size, single sex versus mixed and so on – have a limited impact on school quality. The factors which makes some schools better than others is hard to identify. The research notes that “ this may indicate that the factors determining value added are idiosyncratic school effects such as effective management which are difficult to measure”

Looking at the school choice decision of parents, the  research finds that parents tend to favour schools on the basis of the raw exam results, which perhaps is not surpising since in Ireland this is the clearest information they have. However this may not always be the “best” school for their child in terms of educational “ value -added.” Furthermore, the research shows that the impact of identifying the best school can be substantial. in light of this, providing information on the value added of schools to parents when making their school choices has the potential to boost academic achievement without incurring substantial costs.

This work was featured in the recent Irish Times article "The best school for your child? New Irish research has news for parents" and a copy of the full paper is available free to download here.