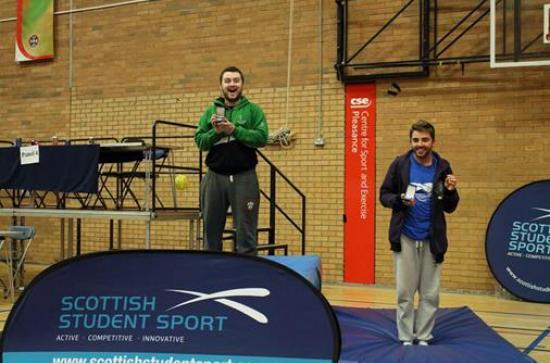 The Maynooth University Trampoline Club flew to Edinburgh over the weekend of February 6th to compete at the Scottish Student Trampoline Open (SSTO). With hundreds of people competing from a plethora of Irish and British clubs, Maynooth University secured the only Irish gold medal, with Tony Finan winning the Intervanced Men category. Tony's gold was one of only three Irish medals in total, alongside two bronze medals for Queen's University Belfast.
The weekend included synchronised trampolining on the Sunday, in which Maynooth's pair of Lauren Masterson and Naoise Holohan finished inside the top 15. It was an unforgettable trip for all involved.
Back to top
Back to top