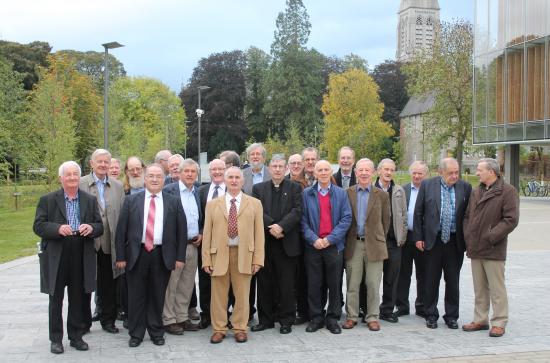 Over 25 alumni and friends who first came to Maynooth as students in 1963 returned to campus to celebrate 50 years of friendship.  Following a tour of the new library extension and extensive art collection, the group were then shown around the North Campus or 'old stomping grounds' as one alumnus called it, by Alumni Officer Karen Kelly, before returning to the South Campus for a further trip down memory lane and a commemorative mass in St Mary's Oratory.