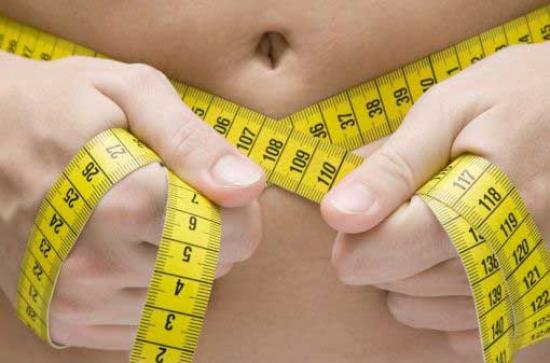 Researchers at Maynooth University have found that Waist Circumference is the most accurate obesity measure, outperforming Body Mass Index and Bioelectrical Impedance Analysis.

The study by Professor Donal O’ Neill, Department of Economics, Maynooth University which is forthcoming in Economics and Human Biology uses latent class analysis to characterise the three measures in terms of error rates. Utilising data on a nationally representative survey of 33,994 U.S. citizens who were evaluated with all three measures, the research demonstrates that while Body Mass Index (BMI) and Bioelectrical Impedance Analysis (BIA) misclassify large numbers of individuals, this is not the case when Waist Circumference (WC) is used.

This research methodology has been used elsewhere in biostatistics, for example when comparing alternative skin tests for the presence of tuberculosis, comparing diagnosis of myocardial infarction, and evaluating diagnostic tests of autism. However, this is the first application of this approach to measuring obesity.

Starting from the hypothesis that there is no strong basis for choosing any single measure of obesity as a gold standard, the study looks at how competing measures give conflicting results in the same patients and examines the patterns of responses across the entire sample to estimate the underlying error rates of each test. In particular, the estimated error rates are chosen so that the predicted patterns from the underlying model are consistent with the patterns observed in practice. The statistical analysis provides estimated error rates of 3% for Waist Circumference compared to error rates as high as 45% – 50% with BMI and BIA.

Discussing the findings, Professor Donal O’ Neill, Department of Economics, Maynooth University said: “Reliable measures of body composition are essential in order to develop effective policies to tackle the costs of obesity. The problem with body mass index is not that it misclassifies non-obese people as obese but rather that it fails to truly detect obesity when it is present. The issue with bioelectrical impedance analysis is the very high probability of a false positive. The classification of latent obesity based on waist circumference exhibits high degrees of accuracy suggesting that this measure may provide a cheap and effective measure of latent obesity.

“Our findings have important policy implications, both in terms of how we measure the growth in obesity over time and also in terms of how we evaluate racial gaps in obesity. Since our analysis suggests that measures based on waist circumference accurately reflect the true prevalence of obesity and since waist circumference measures of obesity have grown in excess of what would be predicted given the growth in body mass index it is quite possible that we are underestimating the extent to which obesity has grown over time.”

The research revealed that BMI tends to return the lowest obesity rate of all three tests, while BIA returns the highest rate. Though small, the false positive rate for BMI is higher for men than for women, which might be expected given that men tend to have more muscle and fat free mass than women, which is not taken into account in BMI.

The fact that the Maynooth University study identifies Waist Circumference as an effective measure of obesity has important implications for the understanding of the growth in obesity over the last 20 years. Waist Circumference values through the years have increased beyond those expected from BMI increases and since the Maynooth University analysis suggests that the true prevalence rate is reflected in Waist Circumference measures of fatness, this would suggest that the growth in obesity and associated costs may in fact be even more serious than that documented by rising BMI.