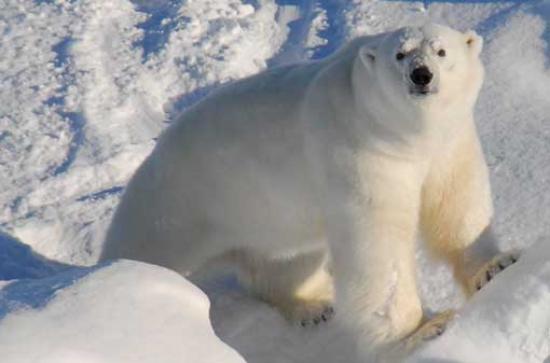 A team of Maynooth University scientists have led the most comprehensive genomic study of polar bears ever undertaken in order to better understand polar bear biology, their genetic makeup, and whether their rare ability to remain healthy despite unusually high body fat and cholesterol levels may be used to benefit humans.

The Maynooth University research team led by Biology Professor James McInerney partnering with a number of global research teams including a Dublin City University team led by Dr. Mary O’Connell carried out a population level study of polar bears by sequencing the entire genomes of 70 polar bears from all over the Holarctic, Greenland, northern Russia and Alaska, along with sequencing the genomes of 10 brown bears for comparison.

The primary purpose of the study was to analyse the biology of the polar bear in order to understand how the mammal can maintain over 50% body fat and remain healthy despite its high fat and cholesterol levels.  It is believed that this research could have significant implications for the study of coronary heart disease amongst humans with the research team aiming to identify what is protecting polar bears from heart disease and replicate such protection in the human system.

The study also found that polar bears have been in existence for approximately 400,000 – 600,000 years (roughly 60,000 generations), considerably less than the four million years previously estimated.  The comparison research with the genomes of 10 brown bears also indicates that there has been a mixing of polar bear and brown bear genes, confirming that some of today’s polar bears are descended from hybrid bears, often referred to as pizzlies, which reproduced back into the polar bear population.

Discussing the research, Maynooth University Biologist, Professor James McInerney said: “The polar bear is a unique species that lives on an extreme diet in some of the most extreme environments in the world.  This study has given us a radical insight into how genetically diverse polar bears actually are, and helps us to understand their chances of surviving the current climate change catastrophe.  We are extremely excited to continue our research into what effect polar bear’s unique genetics have on the metabolism of fats, and to identify whether these lessons can be applied to reduce heart disease amongst humans in the future.

“Our research also suggests that the polar bear is a far newer species than was previously understood.  Typically, the older a species is the more genetic diversity you tend to see in this species.  The fact that polar bear’s genetics are so diverse is all the more compelling given how relatively new a species it is.  Of recent years the species has become a universal emblem of global warming.  Its habitat is being destroyed by climate change and we know of four populations of polar bear where the numbers are in sharp decline.”

The research was published in the latest edition of Cell.